A domestic disturbance at the hotel 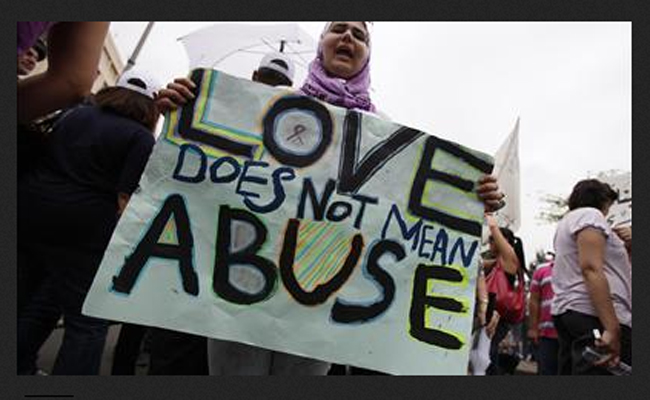 It began around 3am last night. Fists pounding on the door of my next door neighbors at the hotel. A male voice coming from the hallway, shouting, demanding, threatening. A woman behind the door crying, imploring. I don’t know what either one was saying since it was in Arabic but it did not sound good. In fact, it sounded scary. I feared the man would pound down the door. I feared the woman would be harmed.

What’s the etiquette here when you’re in a foreign country, a country where people do a lot more yelling and screaming at each other than you’re used to? A country where women are almost always at a disadvantage when it comes to arguments with their husbands or boyfriends? I laid in bed, in the darkness, listening to the man screaming threats and pounding the door; I listened to a woman, obviously in fear, hiding somewhere in the room, crying, begging the man to go away. And what am I supposed to do in this situation? What is my role?

I called the front desk. I told them there was a fight going on in the room next to me, that the man seemed to be trying to break down the door. The male voice on the other end hesitated for a moment before saying, “I’m sorry if they have disturbed your sleep, Mr. Lansing.”

It’s not my sleep I’m worried about here, I told him. It’s the woman’s life.

“I think that would be most appropriate.”

A few minutes later, two hotel security officers showed up. They talked in low voices to the man in the hallway. He yelled at them and continued to pound on the door. The woman continued to cry. I opened my door a crack and stuck my head out, which was a mistake. The man pointed a finger at me and yelled threats. The security officers tried to calm him down but did nothing. After a few minutes, they left.

Around 5, I cracked open the door again. The man was now sitting in a chair propped up against the locked door. He glared at me and mumbled something under his breath. The woman behind the door was still crying.

Around 6, I packed my things and quickly departed from my room, not daring a glance back at the belligerent man next door. He screamed at me in Arabic as I walked down the long hallway towards the lobby as fast as I could. Heart racing, I checked out of the hotel and asked them to call me a taxi, all the time stealing nervous glances over my shoulder towards the hallway. The man had gone back to yelling and pounding on the door. I couldn’t hear the woman crying anymore. But I knew she was there. And I felt bad that I was leaving her. That she’d have to sort this out on her own. But what else could I do? This was Beirut, not New York.