A drive along a Great Wee Road

I have a new driver, Charles Hunter. Charles is very different from Michael. For one thing, he always wears a tie and sports coat. And he speaks English (which, now that I’ve gotten so proficient at taxi-driver-Glaswegian actually disappoints me). He’s also, shall we say, a more conservative driver. One who knows how to use a seatbelt and a turn signal and—this is the most amazing thing—the brake.

Not that Charles is opposed to airing out his Beemer on a country road, mind you. At one point in the drive he asks me if I’m up for “a bit of an adventure,” and then drops off the main highway onto a narrow one-lane country road following the contours of the Orchy River through Glen Orchy. 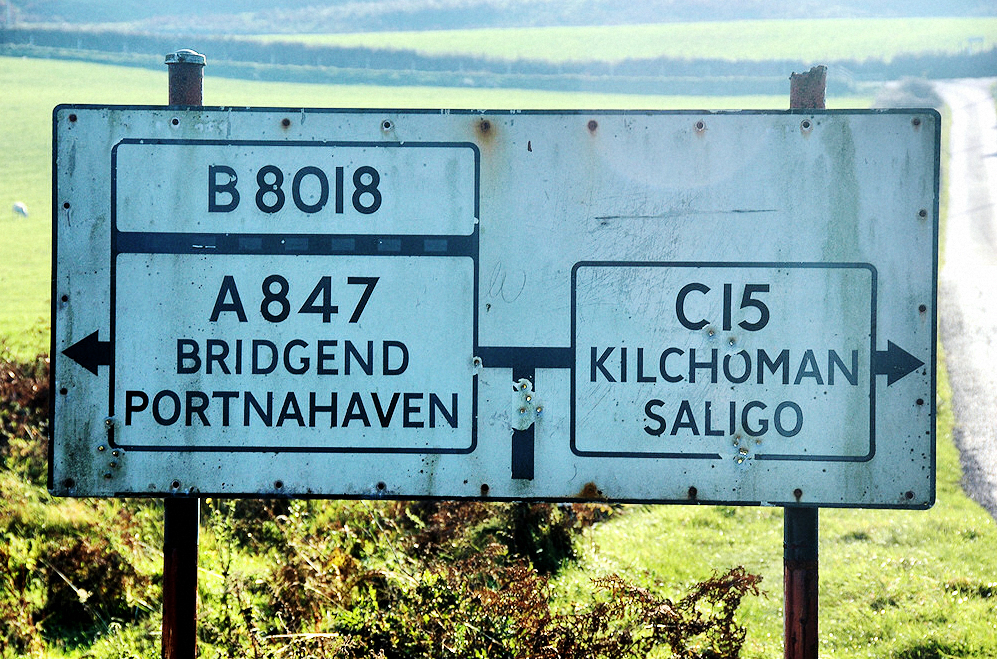 It rises and dips and curls and spoons in on itself as we pass by fly-fishermen standing in icy waters and hikers on nearby hills and even an encampment of tinkers which, until this moment, I didn’t realize actually existed. I thought they were just something from children’s stories. Like trolls and candlestick makers.

I ask Charles if tinkers are the same as gypsies and he says, “Nay, and if you call a tinker a gypsy, you’ll be asking for trouble.”

Passing through one little village after the other, there is a sameness to the buildings. As Charles says about the houses, “You can have any color you like as long as it’s white and black.” 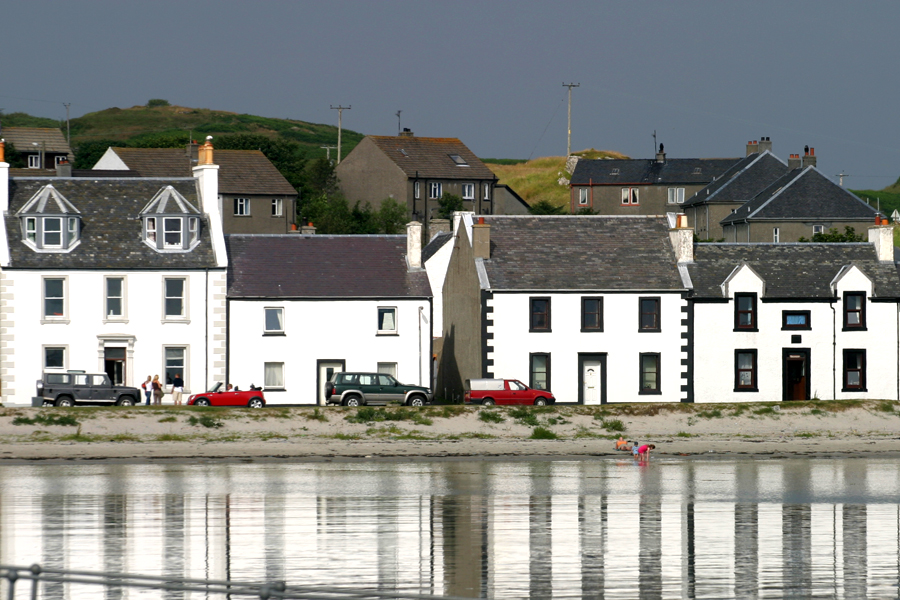 "You can have any color you like as long as it's black and white." Photos by David Lansing.

Our destination is Islay’s Port Charlotte Hotel, which I’ve chosen because it’s just a short walk down the road from one of my favorite distilleries, Bruichladdich, and because the hotel’s small but marvelous restaurant offers up 107 Islay whiskies (including 22 from Bruichladdich alone).

Charles knows I have my heart set on dinner in Port Charlotte and worries that his diversion down the GWR means we might not arrive at our destination before the dining room closes, so while we are on the CalMac ferry from Kennacraig to Islay, he calls the hotel and puts in our order for steamed mussels, Scottish salmon, and a bottle of French viognier (preceeded, of course, by a dram of a rare Bruichladdich whisky called Cairdean—Gaelic for family—that has been aged for 14 years in a sherry cask).

I think Michael was right: Charles and I are going to get along famously.