A lovely Superstition at Isle of Jura

Jura has only one road, but it is the ultimate Great Wee Road. The narrow, twisty lane from the ferry landing to Craighouse, where the Isle of Jura distillery is located, seems absolutely indulgent once you see the road north of here.

You’d think that anyplace that actually had a going concern, like a whisky distillery, couldn’t really be called a village, but there’s no other name for Craighouse. As Michael Heads, the distillery manager says, “We’ve got one pub, one shop, and one wee hotel here. That’s Craighouse.” 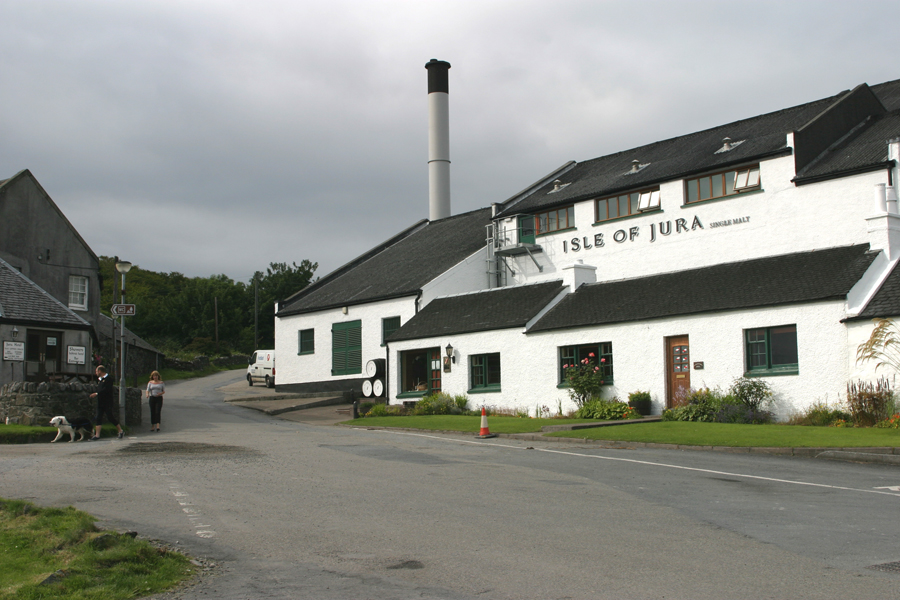 The busy main drag in Craighouse, Jura, a village with "one pub, one shop, and one wee hotel." Photos by David Lansing.

The Isle of Jura distillery, like Bruichladdich, is another company that has had a tough time of it over the years. Rebuilt in 1963 after being closed for 60 years, they seem to be doing pretty well these days. Michael says the distillery originally made a heavily peated whisky, “but that kind of went out of fashion so when they reopened they started distilling a much lighter Highland whisky that was used mostly for blending with other whiskies.”

But they haven’t given up on smoky, peaty whiskies completely. Charles and I sit in Michael’s office nosing a new expression called Superstition in which the island peat used to make the whisky has to be cut when it has a certain amount of moisture and oil in it. Usually the peat used is only perfect for a couple of weeks out of the year. If they miss the window, the whisky is off. Which is why it’s called Superstition. 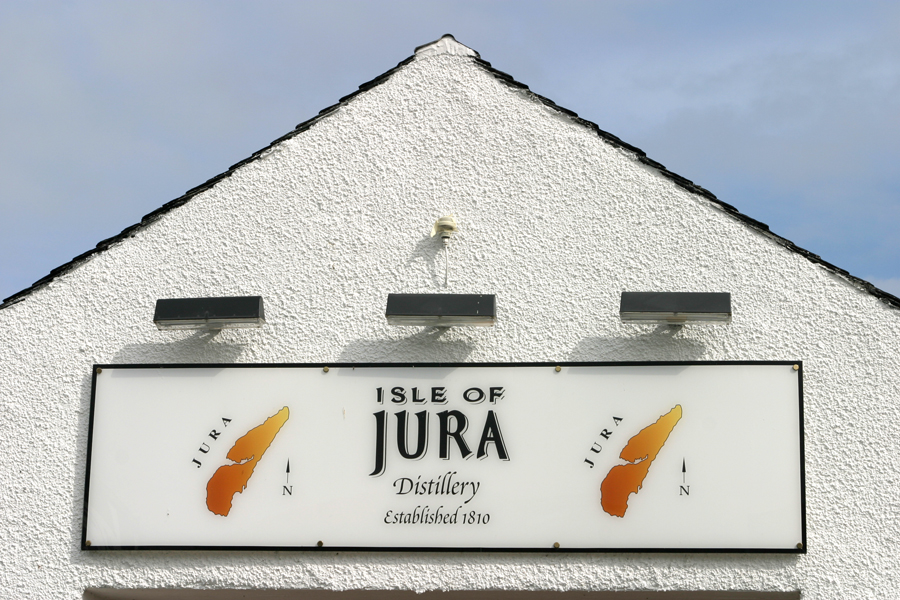 It’s a lovely dram. Maybe my favorite of the three dozen or so whiskies I’ve tasted so far on this trip. The smoke in the whisky is apparent, as is the brine. When I mention this to Michael, he’s pleased as could be.

“Most experts will tell you that it’s impossible to have a briny-tasting whisky,” he says. “But look at where we are? Flush up against the sea. In winter, you walk down the lane and you’re licking salt off your lips so I don’t care what anyone says. I say the whisky can’t help but have a taste of brine to it.”

Before heading to the north end of the island, we stop at the Jura store to get a bit of dark chocolate to go with the bottle of Superstition I’ve bought. A red-faced man is leaning against the counter in the tiny shop complaining to the shopkeeper about being the only one at the dance at the community hall last Saturday to wear a kilt.

“Use to be Fib and Morgan would wear a kilt but I guess they’re just too good for the ol’ tartan now that they’ve gone off to Edinburgh.”

“Nay, they’re gone,” says the red-faced man, disgusted. “They’ll not be back. And you can bet they didn’t take their ghillie shirts with ‘em.”

“Never mind,” says the shopkeeper. “You wore your kilt. Fib and Morgan are gone. Now never mind about it.”