A ride to the old adobe 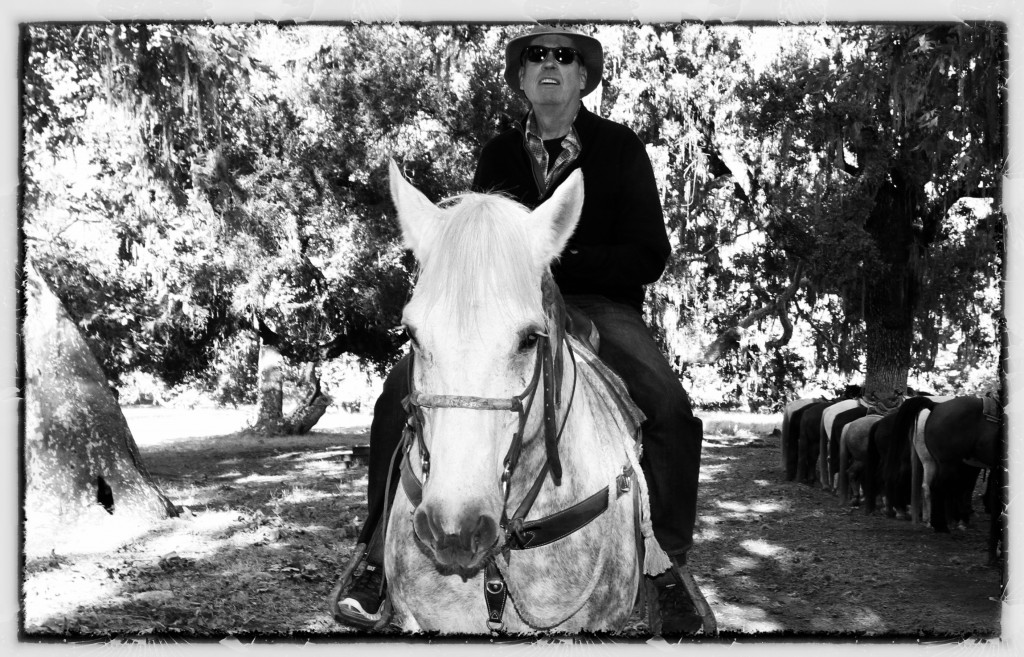 It was cold last night, up here at the Alisal ranch. I woke up around 4 and just lay in bed listening to the wind rustle through the old oaks and what sounded like rain but was really just the sprinklers going off. Never did go back to sleep. The ride to the old adobe was scheduled for 7 so it was one of those deals where you just lie there and wonder how much more time you’ve got before you have to get up and you never really do go back to sleep and then it 5 and then 6 and then you might just as well get up. Which is what I did.

I was the first one to arrive at the barn. Excepting the wranglers who were all standing around a camp fire drinking coffee and stomping their feet to keep warm. Soon enough a small group of women showed up and they were assigned to their horses, saddled up and headed out.

Haddie, the head wrangler, who is cuter than a bug, came over and chatted with me for awhile. She said I’d be riding Wyatt. At first I thought she said I’d be riding White and I told her I thought that was a strange name for a horse. She said, “Not Whi-te…Wy-itt.” Course, with her little Western twang it sounded like the same thing. We walked into the corral together and she went and found Wyatt, who was a good size horse (and also white), and I climbed aboard, and with the sun just peaking over the dry hills, we headed off down the trail, neither Wyatt or I quite sure about the whole thing but trying to be good sports about it anyway.

“Listen,” I said to Wyatt as he did a little sideways dance, “I’m no happier about this than you are, but let’s just try and get along for an hour or so and then we can both be on our way.”

I guess that was good enough for him because he didn’t give me any trouble the rest of the way, though he had reason to.