An enlightening chat with a monk 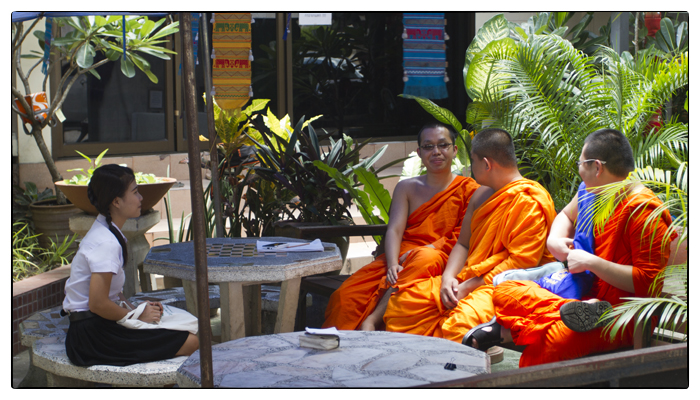 The sign said Monk Chat. “Drop in to chat with us about Buddhism, Monk’s Life, Thai culture and anything. Don’t just stand looking from afar and walk away.”

This was at the Wat Chedi Luang, in the old section of Chiang Mai. So I went and sat down with a monk. Who looked very young.

He giggled. “Just now 23 but some say I look very much younger.”

He smiled and nodded. “You are American?”

“Ah! L.A.! I have been to L.A. before. Kobe! Magic Johnson! Hollywood!” The monk wanted to know what was going on with Lindsay Lohan (although he had to repeat her name three times before I understood who he was asking about). “Still in jail?”

I told him I probably wasn’t as up on Lindsay as he was but it seemed to me she was either in rehab or had just gotten out.

Then he got very serious looking and, leaning forward slightly as he sat cross-legged, he said, “What best picture?”

“This year. What best picture?”

It took me a moment to figure out that he was handicapping the Oscars.

Then the monk talked about American Idol for awhile. He loved J-Lo but he wasn’t sure who Harry Connick Jr. was. I tried to explain. He listened patiently, nodding, and then said, “Jay-Yo!” Big fan of J-Lo. I told him I was a little surprised that he listened to music. He reached in to the folds of his saffron robe and pulled out a smart phone. He punched at the screen and a moment later, a tinny version of Jennifer Lopez singing “Dance Again” with Pitbull filled the air. The little monk lifted his arms in the air and rocked out.

“No wray Rose!” sang the monk.

I smiled, stood up, thanked him for his time, and went to look for Ketsara. 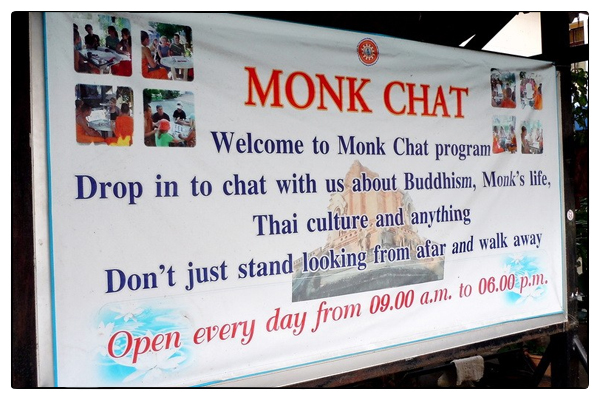