A Letter from Katie Botkin in Iowa: 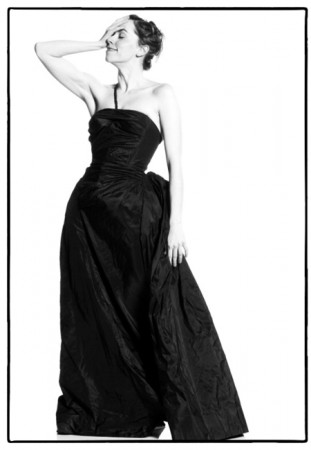 My great-aunt Nancy is 82, and she still lives in the house the Swedes, her own grandparents, built in 1885. In 1977, she came back to help take care of her mother and father, and the farm. In fact, she has been taking care of the farm off and on since she was a child. She says she has the “agrarian imperative” that my grandmother never felt, and she still wears her faded blonde hair in two braids folded over the top of her head, and as we sit in the cool interior of the big house, which her father built in the 1950s, she tells me of the time she learned first to braid. She skipped out to tell her father, Oscar, that she could. She expected him to be thrilled with this new skill. Instead, he turned to her and said, soberly, but approvingly, “It is good to be independent.”

My grandmother, who is ten years older, did all the glamorous stuff — worked in New York in the fashion industry, went to Europe, decided she wanted to live there, had exciting boyfriends who painted her picture and bought her silk that she made into ball gowns. One of these gowns fits me, very snugly. Or it did a couple of years ago, when I was almost emaciated. The waist is all of 22 inches.

Aunt Nancy wonders aloud how anybody could be that skinny. And I’ve never thought about it before, but I’m glad that not everyone in the world wants to run away to Paris and be glamorous. I mean, I do, but if everyone did, I would never have experienced the farm, had these memories, come back from Europe to this.