Behind the scenes at the Royal Davui

Here are a few shots that wouldn’t normally make it into the blog because there’s no real story behind them. But I like them anyway. The first one, below, is of three like kids who were standing along the banks of the Navua River when we ended our whitewater river rafting. They were quite interested in us and obviously adorable but what really caught my attention is the way the three of them moved together in unison. It was as if they were literally connected at the hip. So as we started carrying our gear up the hill to a little farming village where the trucks were waiting to pick us up, these three kids shyly followed in lock step. 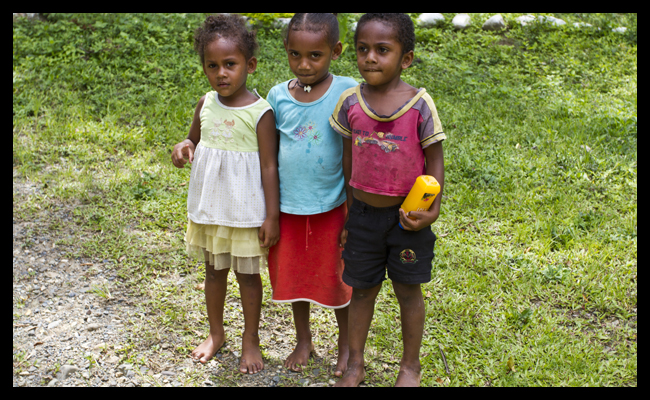 The next shot was taken by Christopher Southwick, the marketing director for the Royal Davui. This was during our visit to the sand quay which is a tiny little spit of sand out in the middle of the ocean that is only visible during low tide for about an hour. This was towards the end of our visit and you can see that the tide is starting to come up and we’re losing our island. So the three of us–Marguarite, Katie, and me–were furiously taking pictures. Meanwhile, Christopher is taking pictures of us taking pictures. Classic. 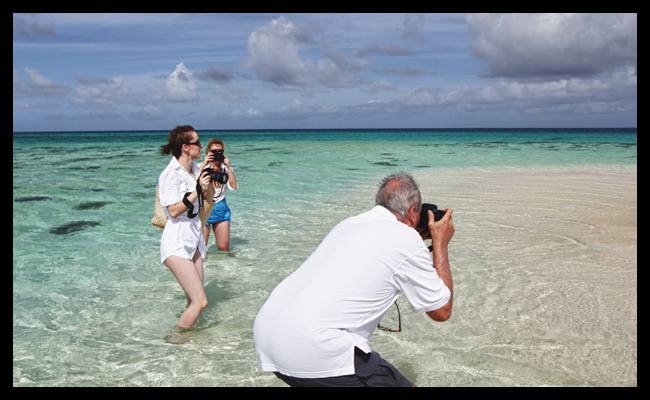 This last shot is the view from the living room of Villa 5, which just happens to be mine. I took this at about 5 o’clock one evening. I’d been sitting out there on that deck trying to read a book but I just keep reading the same paragraph over and over, looking up and taking in this incredible view every two minutes. Finally I gave up, got dressed, and headed down to the Banyan Bar for a cocktail. 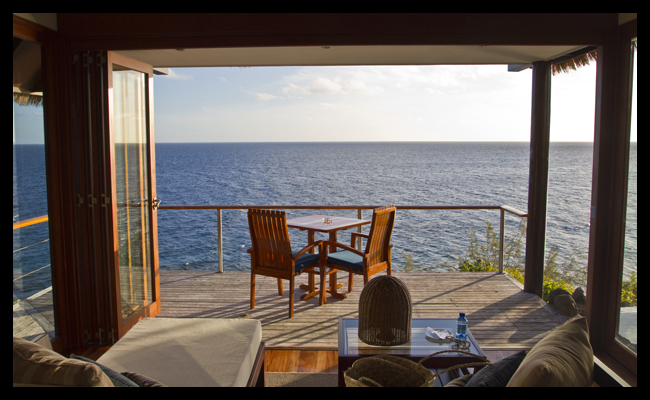