British toffs at a nosing

Nothing like a nosing at 9 in the morning. To prepare for it, Topi pours us all a shot of Dalwhinnie (“It’s a breakfast whisky”) to go along with our bacon butties. Then it’s off to the distillery. 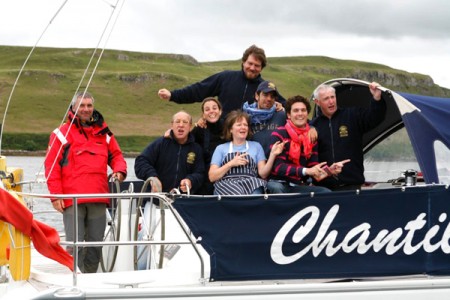 Whisky and bacon butties for breakfast. Photo by Christine Spreiter.

Our group of whisky tasters includes several Brits who have been sailing aboard a magnificent 56-foot gaff-rigged cutter, Eda Frandsen. A tall chap, with a walrus mustache and wearing a cotton candy-colored polo shirt with the collar turned up, the way they used to do in the 80s, sniffs an 18-year-old whisky Billy has just poured us and, in a very proper British accent, says, “I’m getting dried prawn shells in the nose on this one, Billy.”

Dried prawn shells? It’s all Billy and I can do to keep from snorting this fine whisky out our nose as we try and hold back our laughter. 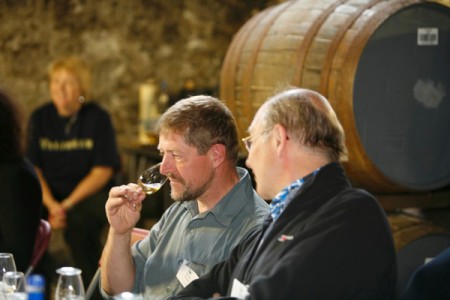 Is it dried prawn shells or shellacked sandalwood you be smellin'?

In a show of one-upmanship, another British noser, an old guy who looks a bit like Peter O’Toole after a long night of boozing, says, “I don’t think it’s dried prawn shells at all. More like smoked haddock, I should think.”

The British toff, who is actually a rather well-respected whisky writer from London who shall go nameless, makes similarly ridiculous comments about various expressions of Caol Ila whisky. He finds the 12-year-old tastes of “shellacked sandalwood” and a rare cask-strength whisky to have a “lot of fruitcake taste, although now that I think of it, it’s more the smell of the mix before you actually bake the cake rather than the cake itself.”

What I want to know is this: How would anyone know what shellacked sandalwood tastes like?