You are currently browsing the archive for the Montefalco category.

Priest-stranglers and a sensual Eve

If, when I was a child, Maura had been one of the nuns who taught at my parochial school, I’m quite certain I would have ended up a priest. She makes religion so damn sexy. 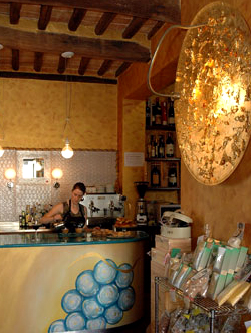 Yesterday, after lunch at the Enoteca L’Alchimista (The Alchemist) in Montefalco, where we had the local specialty, strozzapreti—a type of pasta shaped like a leather cord called “priest-stranglers”—with bright green nubs of wild asparagus, we visited a little church just so Maura could show me a medieval fresco of the “Coronation of the Virgin.” 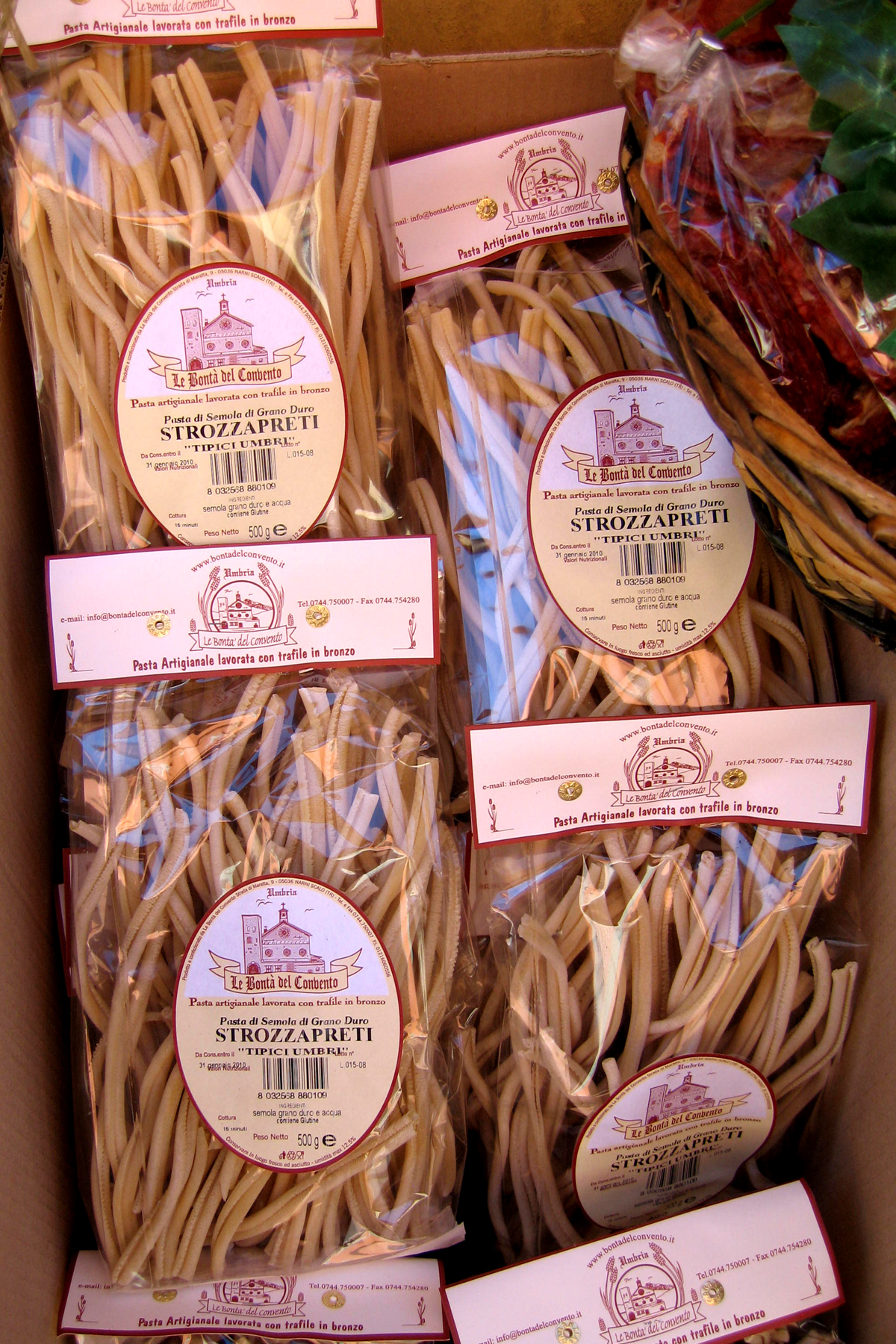 So I look at it and what I see is sort of the usual religious things—some angels, some saints, and a bored looking Virgin headed for heaven. But Maura sees something else.

“You see the woman reclining below the image of the Virgin? That is Eve,” she says. “Look at her.”

So I do. And the first thing I notice is that she’s got clothes on. Not a lot, but some.

“Look,” says Maura. “You can see her sexual organs through the clothes.”

“Medieval artists were very conflicted about Eve,” she tells me. “She’s beautiful in this painting, no? More beautiful than the Virgin. She’s earthy, sensual, appealing—things we’re supposed to reject. In short, Eve was no saint. That’s why she’s depicted with an octagonal halo and not a round one. And look at her long, sensual hair—she’s had sex. She’s delivered. Yet if you look at the Madonna, her hair is hidden. She is pure, but unappealing.

“But the question is, who would you rather sleep with?”

Wow. Who knew religious art could be so fascinating?