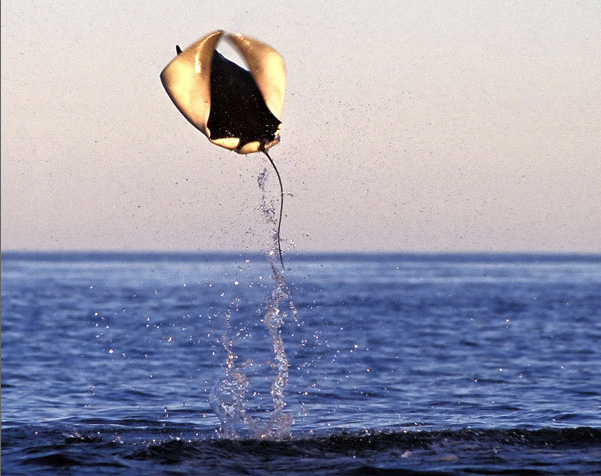 The Sea of Cortez, wrote John Steinbeck in 1940, teems with “a furious exuberance.” That exuberance might best be manifested in the flying mobulas, or cubana, rays, that perform acrobatics along the East Cape of Baja between La Paz and Cabo Pulmo. Called “tortillas” by the local fishermen because of the way they look doing belly flops, the manta-like stealth bombers launch themselves out of the water in a scene that is both spectacular and spooky, flapping their 3-foot-wide wings as they perform a somersault or two before crashing thunderously back into the sea in what can only be described as an aquatic Cirque de Cortez.

I’ve seen them in December and January before but mostly I have friends who say the best time to spot them is in the summer. So when, exactly, is it best to catch the show? It’s hard to say; their comings and goings, called “pulses,” are as wonderfully mysterious as their acrobatic performances.

If you’re curious about them, check out the story and photos by Paul and Michael Albert on their web site.