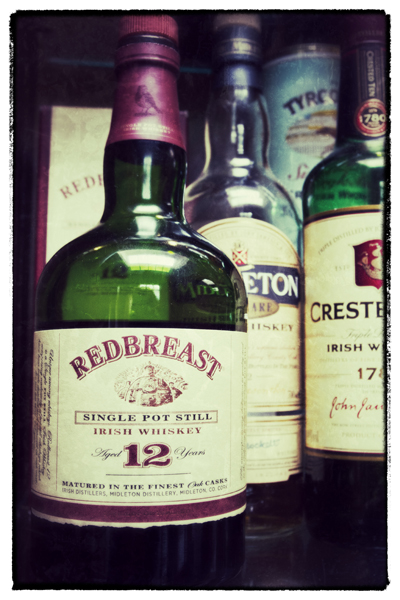 The Irish whiskey selection at Castle Leslie. The 12-year-old Redbreast single-pot whiskey is perfect for a Dubliner. Photo by David Lansing.

My go-to cocktail is a Perfect Manhattan. Not “perfect” because I make the best in the world (although I pretty much do) but because it’s made with half sweet vermouth and half dry vermouth. I like it because it’s not as sweet as a regular Manhattan.

Still, I always feel guilty in the summer when I order a Perfect Manhattan. I mean, I should probably order a G + T, or a Tom Collins or a margarita. And I will. On occasion. Just not very often.

But in Ireland I never feel bad ordering a Manhattan in summer. Mostly because there is no summer in Ireland. What they call summer we’d call a nasty winter day in California. But the thing is, it’s hard to get a good Manhattan in Ireland. Mostly because they don’t know what bourbon is (not to mention rye). You have to ask the bartender how he makes them because usually it will be with Scotch. I even had a guy in a very nice bar in Dublin thinking he was doing me a favor by making me a Manhattan with Jack Daniels. Gross.

But I’ve found a solution. And that’s to order a Dubliner. The Dubliner cocktail was created by Gary Regan back in 1999 to celebrate St. Patrick’s Day in NYC. Gary is a character. He’s written a number of books, most notably The Joy of Mixology, and founded the Zen-sounding Institute for Mindful Bartending. I like that. It’s the sort of shit I would do: Zen bartending.

Anyway, Gary (who, for reasons only he would know, now goes by the name gaz regan—yes, it’s lowercase) is a big bourbon guy (he’s got at least three books out about bourbon, including The Book of Bourbon and Other Fine American Whiskeys) so it’s not too surprising that the Dubliner is basically just his rif on a Manhattan. To whit, it’s made with 2 shots Irish whiskey, 1/2 shot sweet vermouth, 1/2 shot Grand Marnier, and a dash of his very own Regan’s Orange Bitters No. 6. Shake over ice and strain in to a chilled cocktail glass.

I think the original recipe called for using Jameson, which makes sense for St. Patrick’s Day, but I generally ask the bartender to make it with my favorite Irish whiskey, 12 year old Redbreast. Try it. It’s lovely. By the way, gaz also invented the James Joyce Cocktail, which I also quite like. We’ll talk about that on another day. 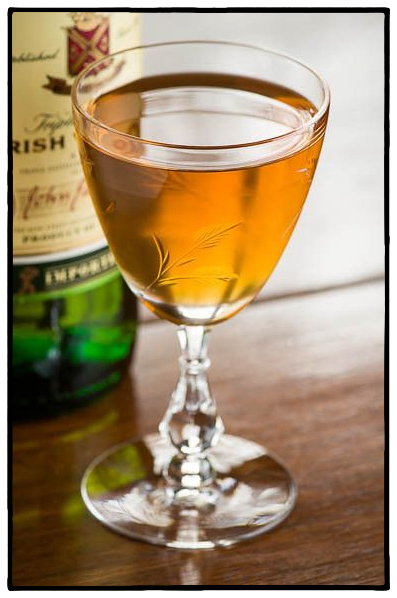