How to charm children 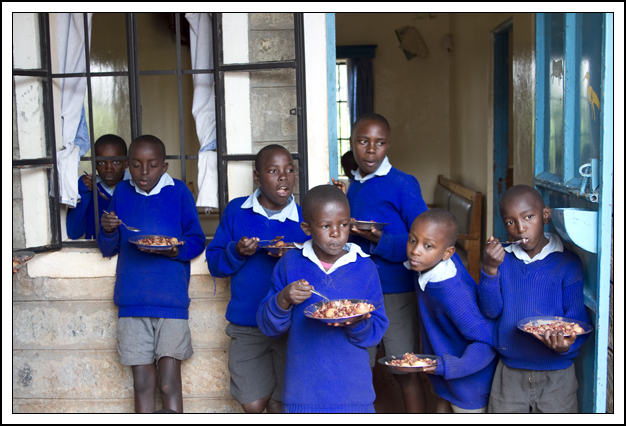 The boys at the orphanage. Photos by David Lansing.

I just want to show you two pictures I took at the Nairobi orphanage Pete and I visited. The first shot, above, is the first one I took of a group of boys after they’d gotten their mid-day meal of beans and potatoes. The boys aren’t too interested in us. There’s one boy, inside, looking out the window directly at me, but the rest of the boys are disinterested. In fact, it was kind of weird. I mean, I have never been around 50 kids that were so quiet. As Pete and I walked around taking shots, about the only noise was the click of our shutters and the scrape of spoons against the tin plates.

Then Pete does what he always does when he takes photos of people, he started to engage them. He showed the boys his cameras and he started to let them play with the equipment. He’d hand his video camera to one of the boys, show him how it worked, and tell him to go ahead and take some video of his friends. 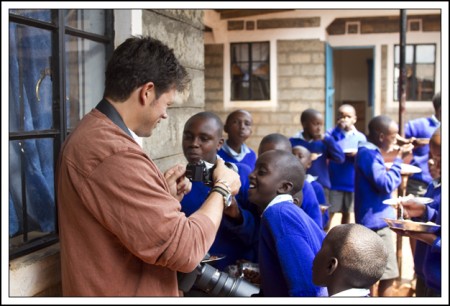 From that point on, the kids were in love with Pete. And vice versa. He showed them how to use his camera; they showed him the pictures they’d drawn that were pinned above their bunks in the small rooms where they slept with four or five other kids. He asked them their names; they asked him where he was from.

And so he did. While a mob of children followed him around from room to room. 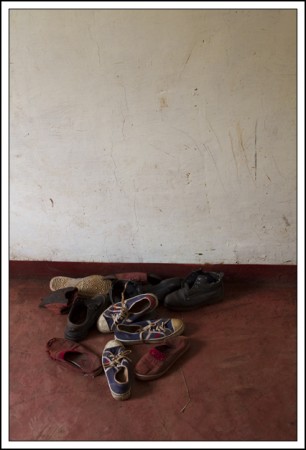