More on the Search for Casa Mederos in Havana 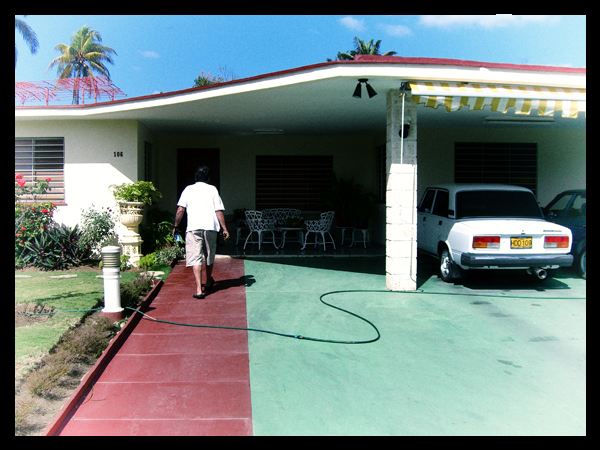 The home of the Mederos family in Havana, Cuba. Photo by Greg Geisser.

Last Sunday I wrote how I’d gotten an email from a woman in Cuba named Cecilia who was writing for her grandfather, Jorge, because of a story I’d written a couple of years ago about the search for a friend’s family home in Havana. Cecilia, or rather Jorge, was hoping that the Diego Mederos I’d written about previously was the same Diego Mederos he’d known as a young man in Havana in the 1950s.

Frankly, I didn’t think it likely. For one thing, in the email I received, Jorge talked about living on E Street in the Vedado neighborhood and I knew that the old Casa Mederos was much further to the west in a neighborhood known as Havana Biltmore. Then again, the neighborhoods weren’t that far apart.

Anyway, I passed the email from Cecilia and her grandfather, Jorge, on to my friend Diego Mederos who had been a small child when his family had fled Cuba after Fidel’s revolution.

This is what he wrote to Cecilia and her grandfather:

It was wonderful to get this email via my friend David Lansing. My uncle’s name is Diego as is mine.  My uncle Diego was your grandfather’s roommate in school in Havana. I just spoke with him and my aunt, and they were very excited about this email. They would love to communicate with your grandfather and share family history.

I have a feeling that none of us are done with this story yet. I’ll keep you posted.