While The Girls walked around San Sebastian looking for someplace suitable to eat, I had a shot of Gran Centenario reposado with the cowboys at a little bar across from the plaza. At one table, three fairly drunk vaqueros were arguing about the various virtues of a lucha libre wrestlers named Mistico. I tried to stay out of it. As we all know, Mistico sucks. When The Girls hadn’t shown up by the time I’d finished my tequila (and concerned that the borrachos were going to challenge me to a wrestling match), I decided to take a look around the town myself.

Just across the street from the bar was a little tienda with a couple of bags of oranges on a counter and that was about it. Although the doors were open, there was no sign of life except for a little white mutt who seemed to be watching over things. I yelled hola a couple of times but other than making the dog anxious, nothing happened. What interested me about this little store was a sign they’d posted outside saying they sold their own homemade panelas. Which is interesting because a panela in Mexico can be one of two things: Either a fresh cheese or a very raw form of smoky sugar. I like them both. And wondered which panela this shop was selling. 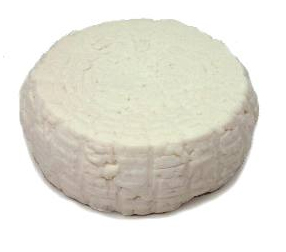 I’m guessing it was cheese. Queso panela is a cow milk cheese that, traditionally, is molded in a basket and looks like the back of someone who has been sitting bare-chested  all day in a lawn chair. It’s the sort of cheese that you usually find crumbled into a salad or on top of tacos or enchiladas.

The other type of panela (also called piloncillo) comes from the boiling and evaporation of sugarcane juice. It’s what gives café de olla that subtle smoky-sweet taste. The sugar you get in a typical Mexican store is good, but homemade panela made by some country woman stirring a big open pot out in the open—that’s special. Either way, it would have been interesting to try. But the tienda dog wasn’t talking. And I was getting hungry.