God help us, we’re back to driving on roads marked NOT ACCESSIBLE on the map Shantell gave us at the rental car agency. This is our third day searching for Hawaiian petroglyphs, which we’ve yet to find.

“Why do you want to shoot petroglyphs anyway?” I ask Macduff. “They’re just ancient graffiti left by a bored teenager tired of hunting for wild pigs.”

“Culture!” shouts Macduff. “I thought we were searching for Hawaiian culture.”

A front wheel sinks into a gully in the road and the bottom of the Jeep scrapes something hard. There’s a thack! as something flies up and strikes the undercarriage, all of which Macduff ignores.

“Not that sort of culture,” I say.

“I don’t know. The old time-y Hawaiian stuff. Pineapples and authentic hula, that sort of thing.” 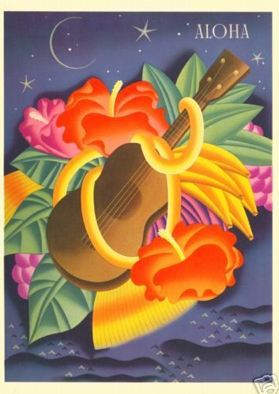 Actually, I haven’t a clue either. When I decided to come to Lanai, the smallest of Hawaii’s inhabited islands, to search for Polynesian culture, I was thinking about Hawaii the way it supposedly was fifty years ago, when, on their honeymoon, my parents, Tom and Joan, took the SS Lurline from Los Angeles to Honolulu and spent a glorious week at the Royal Hawaiian on Waikiki, the “Pink Palace of the Pacific.” I was thinking about the stories my parents told me as a child of “old Hawaii”—the sacred chants, story-telling dances, the odd tales of fire gods and shark kings—before it became the 50th state in 1959 and the stylish Matson Line cruise, which my parents took, was replaced by middle–class throngs flying over on Pam-Am and TWA. 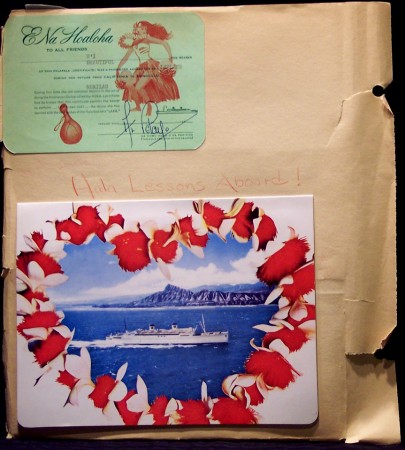 It reminds me of how every year, on their anniversary, my mom would bake a pineapple upside-down cake, just like they had at the Royal Hawaiian, and my dad would put on an album of old slack key guitar music and make a batch of pina coladas, and when they were looped enough, my mom would giggle her way through the hula before collapsing on my dad’s lap. That, to me, as a kid growing up in Southern California, was what Hawaiian culture was all about.

But, of course, that’s crazy. Like saying French culture is madeleine cookies and Maurice Chevalier crooning “Thank ‘eaven for lit-el girls.” Or Vegas culture is Liberace in a rhinestone-studded sequin suit and a fake pirate ship shooting off a canon in a wading-pool-deep lagoon. Okay, maybe that is Vegas culture, but certainly there has to be more to Hawaii than petroglyphs and pineapples, right?