Spudj at the farmers’ market

It’s cold and rainy and way too early in the morning. Which is why the first thing I do at the Charlottetown Farmers’ Market is follow the smell of freshly roasted coffee coming from the Caledonia House booth, the only real coffee roaster on the island. Everyone seems to have the same idea; the line is 12-deep. I am so jonesing for something muddy and dark and hot that I consider offering to buy the latte of someone ahead of me in line if they’ll get me one too. But that would just be wrong. Wouldn’t it?

Once I get my coffee (ah, Jesus, the first sip is both lovely and calming), I’m able to relax a bit as I stroll down the busy lanes of the indoor market. The smells are luscious but confusing. There are pasty looking pierogis, cooked in an ancient electric skillet, at Grandma Jaworski’s, as well as spinach and chick pea chowder at Eat Well Foods. Home-fried potatoes are sizzling in a skillet alongside a Dutch oven of corned beef hash. A young girl in a tie-dye shirt is handing out samples of banana bread while two little girls, no more than four or five, sit in the middle of the aisle sharing a plate of rice and stir-fried vegetables. 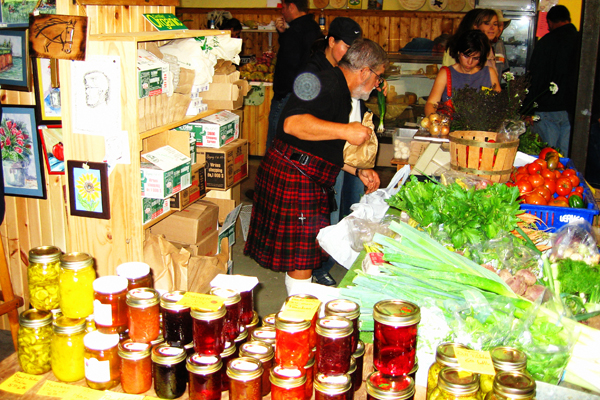 Paul Offer at his farmers' market booth in Charlottetown. Photos by David Lansing.

The busiest guy at the market must be Paul Offer of The Doctor’s Inn. Dancing around in a tartan kilt, he hustles to weigh a bag of giant peaches for one patron while grabbing a jar of home-canned bread & butter pickles for another. On an L-shaped table are jars of peach conserve, pickled beets, rhubarb marmalade, black currant jam, and cranberry sauce with Cointreau, all for about $5 each.

A couple of booths over is a middle-aged woman with rosy cheeks holding a bushel basket of what looks like baked potatoes. The small spuds, wrapped in gold foil, are dressed with sour cream, chives, and a big pat of butter. 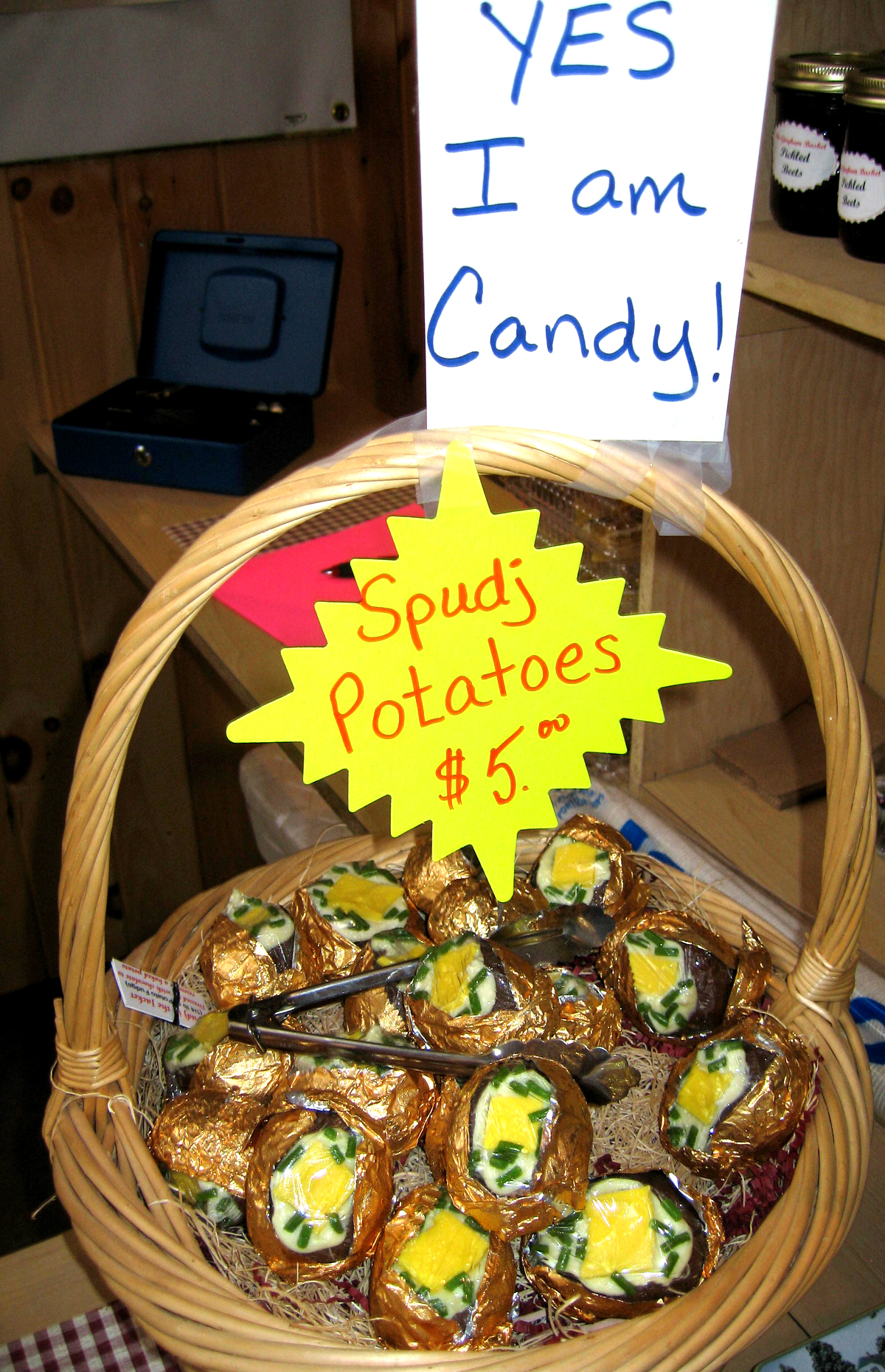 Except these aren’t really spuds—they’re spudj, a type of fudge made from potatoes by Mary Capper.

“It’s potatoes, chocolate, and sugar,” Mary says, offering me a taste. “I use Russets because they have the best starchy quality.”

So how does it taste? Pretty much like fudge, I guess, something I’ve never been overly fond of (I don’t like the way the intense sugar makes you want to grind your teeth from the sweetness).

I ask Mary if she’d developed the recipe herself and she says, “No, it’s been around forever. It’s just that no one else is doing it.”

What I want to tell her–but don’t–is that there’s probably a good reason for that. Don’t you think?