At The Pumphouse, No Woman, No Cry 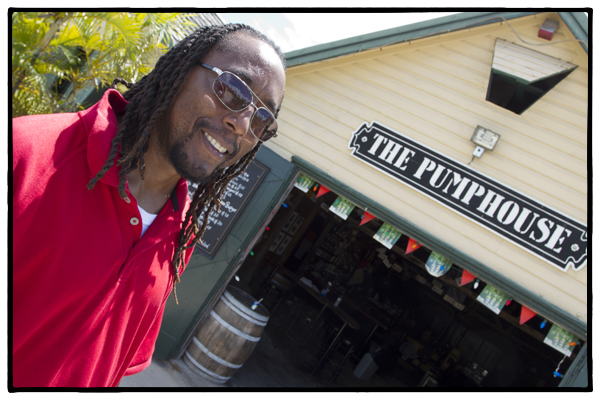 Our musical guide, Lloyd, in front of The Pumphouse in Anguilla. Photo by David Lansing.

We’d had two (maybe three rum punches) and still no Elvis. Which is when Lloyd suggested we head across the street to The Pumphouse, another well-known musical destination in Anguilla.

“You know Bankie Banx?” Lloyd asked. I didn’t but nodded as if I did. “Well, his son, Omari Banks, plays at The Pumphouse all da time.”

If I don’t know Bankie Banx it’s probably a good bet I don’t know Omari Banks, right? And how come the father and son can’t agree on how to spell their last name?

I told Lloyd I wasn’t a big reggae fan. So Lloyd asked me what sort of music we played. I told him I had no idea.

“You don’t know what kind of music you play?”

“We’ve actually never played together before,” I told him.

“Never.” And then I added, as if this might explain everything, that we were still sort of trying to figure things out. In fact, I told him, we didn’t have a name for our band yet. And we didn’t know any songs.

Lloyd thought about this while slowly nodding his head. “Maybe you should play reggae,” he concluded. “Anybody can play reggae.”

I nodded in agreement but I have to admit that it’s very unlikely that a bunch of mostly white folk playing the viola, ukulele, mandolin, and violin are going to be jammin’ and jammin’ (’till the jam is through).

Besides, I think if I have to listen to No Woman, No Cry one more time in my life I’m going to stick chopsticks in my ears and burst my ear drums. Anyway, I was more interested in The Pumphouse’s salt history than its reggae cred. See, before there was any tourism on Anguilla (mind you, the island didn’t have electricity until the ‘70s), salt mining was just about the only industry. From the 1600s until 1986, they pulled salt out of the pond behind The Pumphouse, which was used to regulate the water in the salt ponds.

If you’ve read some of my previous blogs about harvesting sea salt in Hawaii or France, you’ll know I like sea salt a lot more than I like reggae. So I was very sorry to hear that you could no longer buy any Anguillan salt. I mean, I’m sure listening to Omari Banks is great. But, frankly, I’d rather stick my head in a bag of sal de mer any time. 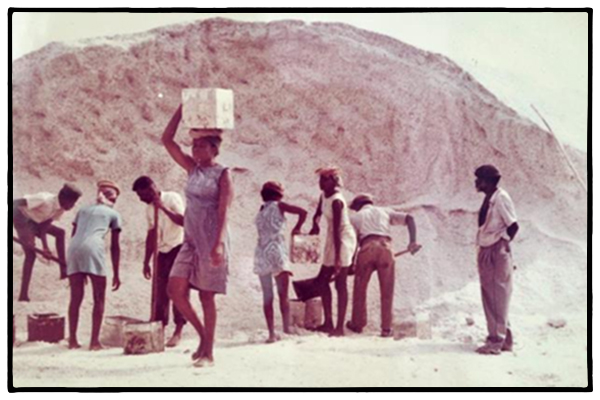 Before there was a Bob Marley, there were Anguillans like this hauling out salt from the Road Salt Pond. 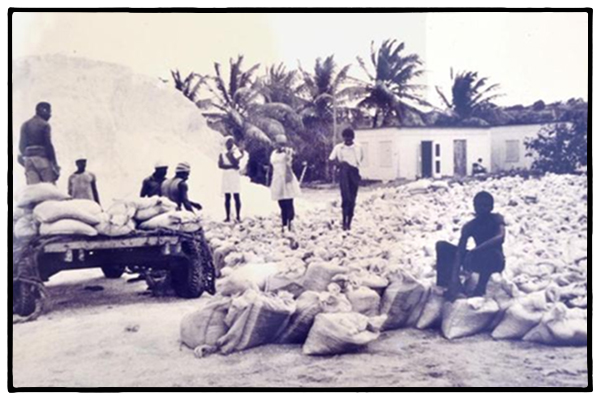 See that building in the background? That’s now The Pumphouse.