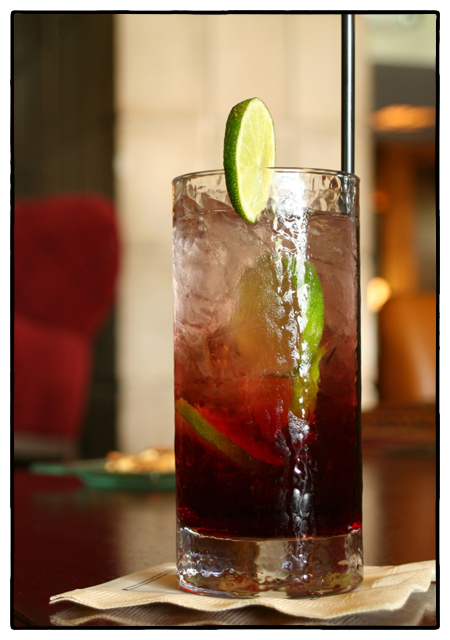 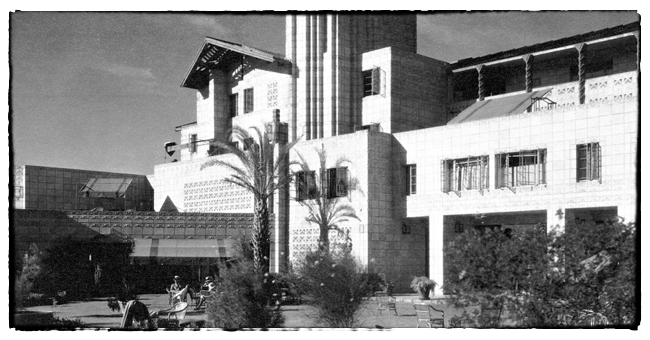 The pre-cast concrete blocks for the Arizona Biltmore feature a geometric pattern said to represent a freshly cut palm tree.

Even though Frank Lloyd Wright didn’t actually design the Arizona Biltmore he certainly influenced it. The pre-cast concrete blocks, designed by the architect Albert Chase McArthur and sculpted by Emry Kopta, a prominent southwestern sculptor, were inspired by Wright’s use of indigenous materials.

Of course, Wright made his own splash in the desert not far from the Arizona Biltmore with Taliesin West. I’ve heard all the stories, of course. How Wright left his second wife and took up with a rich divorcee out here in the Arizona desert, which, at the time, was pretty much at the end of the earth.

They say he built Taliesin West as his winter home. I think he built it where he did because it was almost impossible to get to and a great place to hideout while he was trying to figure out his second—or perhaps third—act. I’m planning to go out there tomorrow to see for myself.

Checking in to the Arizona Biltmore The original pool at the Arizona Biltmore where Irving Berlin penned “White Christmas.”

After sleeping on the dusty ground for a week at Cowboy College, I did what any sensible person would do and moved into the Arizona Biltmore, one of my favorite hotels in the world. I like sitting by the pool and thinking about how Irving Berlin sat here sipping cocktails while penning “White Christmas.”

This hotel has a fascinating history. A lot of people think of it as a Frank Lloyd Wright property but the resort was actually designed by one of his acolytes, Albert Chase McArthur (who studied under Wright from 1907-1909 in Chicago).

The hotel opened at the start of the Great Depression and when the construction costs doubled, one of the original investors in the project, the chewing gum magnate William Wrigley, Jr., became the sole owner. Even with the Depression in full swing, Wrigley dumped more money into the desert resort, including building the fabulous pool I’m sitting by right now in 1930 (Marilyn Monroe called it her favorite pool in the world).

They say that when the Arizona Bilmore opened on Feb. 23, 1929, the media crowned it “The Jewel of the Desert.” More than 90 years later, it still is.