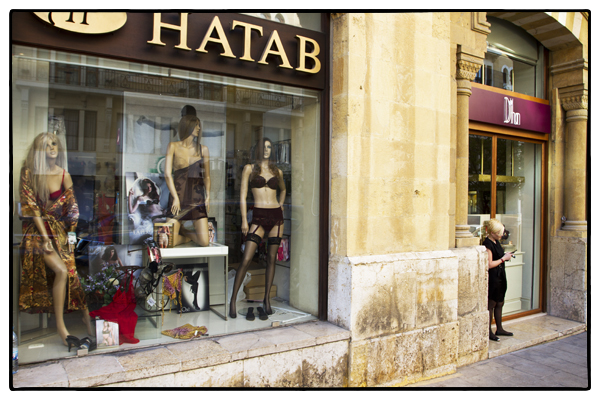 More confusion: Three Muslim women, their heads and arms covered, stand in front of Hatab, a Lebanese lingerie store near Nijmeh Square, admiring the provocatively-dressed manikins in the window. One, wearing French thigh-highs and garters, is posed provocatively with a hand on her hip, as if she were waiting for a customer in Amsterdam’s red light district. Her sister, wearing La Perla, kneels while looking away from the sheer coffee slip that has been pulled off her right shoulder to expose her nude-colored bra. The final manikin, in a cheap Lindsay Lohan wig, bends at the waist to expose a stockinged leg beneath a silk dressing gown and a scarlet bra.

The three middle-aged Muslim women chatter in front of the window display, drawing each other’s attention to a draped red corset, the garter belts. After a few minutes of chatting and giggling, they enter the store to do a little shopping. Something exciting to take home to the Mr. 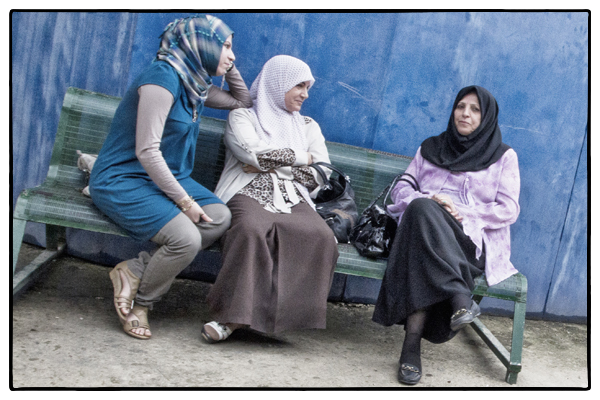