I told the Fletcher’s cook, Marta, this morning as she was squeezing about 50 oranges for our fresh juice that I wanted her to teach me how to make tortillas this afternoon.

“No se ría,” she said without even looking up.

This didn’t impress her. But then again, it’s hard to impress Marta. But late in the afternoon, when I was standing in waist-deep water in the pool, because it was just too hot and steamy to not be in the water, reading Jon Krakauer’s book about evil Mormons, Marta yelled from the kitchen that she was making tortillas for our comida and if I wanted to watch, I’d better hurry. So I grabbed a towel and, dripping water all over the Fletcher’s freshly-polished marble floors, hustled into the kitchen.

Marta grabbed a golf ball-sized wad of dough, slapped it back and forth between her hands a few times and then smushed it flat between a couple of layers of plastic wrap on a wooden tortilla press. I knew this part. What I’d wanted to see was her mixing up the dough. I wanted to know what went in it. Because Marta’s tortillas puff up, like sopapillas, and that’s just not normal with corn tortillas. Plus they’re sweeter. 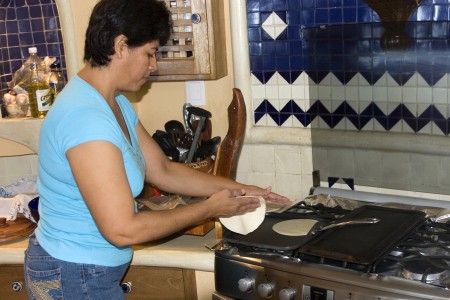 She shrugged. “Esto y ése.” This and that. Whenever I ask Marta what’s in a dish, she says, “Esto y ése.” But she won’t tell me what this and that are. It’s this little dance she does with me. The only clue I had was the giant bag of Maseca corn flour on the counter. But there was more than just corn flour and water in these tortillas, which I was eating almost as quickly as Marta pulled them off her comal.

I asked her if she put pork lard in the dough.

“Manteca?” she said, laughing, but not really answering my question. But something was making those puppies puff up and it wasn’t corn meal. So I decided to try a new tactic. I filled a warm tortilla with frijoles from the olla pot on the stove and raved about them. These are the best beans ever, I told her. So flavorful. “Muy saboroso. What’s in them?”

Marta, still patting out tortillas, didn’t even bother to look up at me. “Esto y ése.”

I think ignoring me is pretty much Marta’s way of flirting with me. If so, it’s working marvelously.

It’s almost exactly 75 miles from the airport in Puerto Vallarta to Punta el Custodio where Chris and Malin Fletcher have a spectacular Mexican retreat called Casa Corona del Mar ( https://puntacustodio.com/casa-corona-del-mar/). But the drive is not easy. And you’d be crazy to attempt it at night. 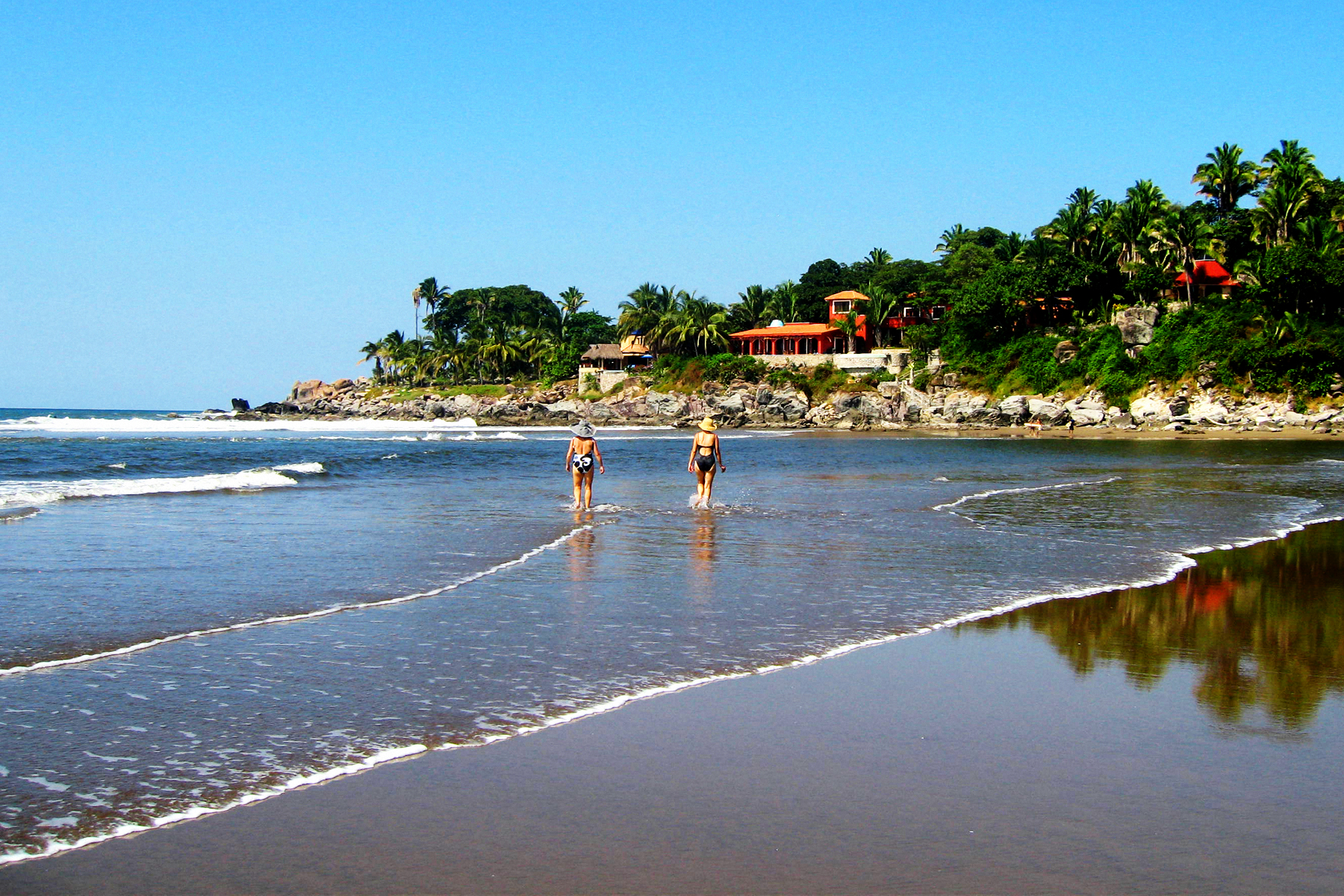 I could tell you about the narrow two-lane road that winds through the jungle and how you’re likely to get stuck behind a slow bus headed towards Guadalajara or an over-loaded truck hauling watermelons or used tires, but I think it’s better to just quote from the driving directions Chris sent me:

“Pass the Punta Mita turnoff with the cemetery on the right. Around Rincon de Guayabitos you’ll see a tall water tower that looks like a flying saucer. Past that is Las Varas. This is where everyone misses the turn-off, so STAY ALERT. Enter Zacualpan—lots of speed bumps. Turn left at the sign (there may or may not be a sign) for San Blas, just before the town plaza on the left and the church on the right. Two BIG speed bumps. Take care not to turn into Turtle Beach. Take the cobbled road down into Platanitos and continue straight past the thatched restaurants on your right and up the rutted hill (beware of raised rocks and giant potholes). You will come to a brick compound wall and a gate with a sign that says RING BELL. WELCOME! You are at Punta El Custodio!”

Piece of cake. I only got lost four or five times. Once I missed the Y in the road just before the sleepy little village of Ixtapa and ended up on a dusty dirt road where several cows were taking a nap. Later I missed the cobbled road into Plantanitos and continued for half an hour along the road to San Blas. Easy mistakes. 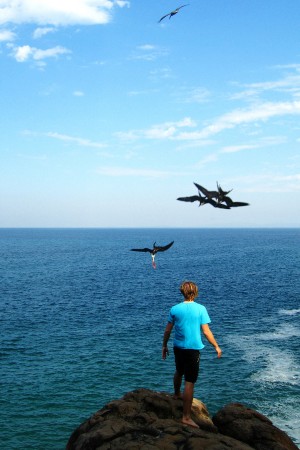 But I finally found their compound, Casa Corona del Mar. And there was Chris, bare-chested, out on the patio, filleting a Spanish mackerel he’d caught that morning (and that his cook and housekeeper, Marta, would shortly turn into ceviche for our lunch) while his son, Nick, took the discarded entrails and scraps and tossed them from the rocks above the coast high into the air where a squadron of acrobatic frigate birds snatched them up, tussled, and sometimes dropped their precious catch into the ocean, 30 feet below, where the pelicans were lazily waiting for their own lunch.

It was like watching an exotic circus act. But here the performers truly were wild.