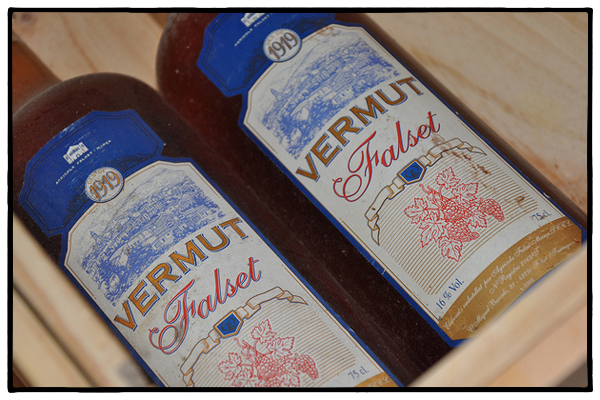 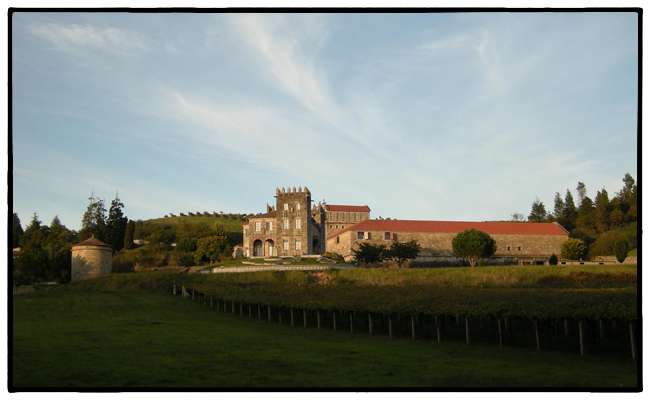 The Pazo Baion, now a winery, was once owned by a Spanish druglord.

Every once in awhile while driving through the Galician countryside, you see some enormous stone mansion that looks like something out of Downton Abbey. They are called pazos in the Galician language (yes, they have their own language up here) and were built as country manors by ostentatious Spaniards who made a fortune in the New World and then came home to show off their wealth. We visited one, called Pazo Baión, that is now a winery and event center.

Pazo Baión was built by Adolph Fojo, an emigrant who made his wealth in the U.S., back in the 1920s. It was then purchased in the 80s by the notorious drug dealer, Oubiña Laureano, and his wife, Esther Lago, before being seized by the Spanish government in 1995. After that, the 287 acres of prime Albariño vineyards were leased by Vionta which is owned by the massive Spanish winemaker Freixenet. After years of legal wrangling (when Spain tried to sell the property in 2007, the daughters of Oubiña Laureano claimed that the palace was part of their inheritance following the death of their mother, who died in a car crash), the pazo and the vineyards were sold to Condes de Albarei, a wine collective, in June, 2008 for a little over 15 million euros.

Originally, Freixenet was determined to continue producing Vionta wines from the estate, but the new owners have decided that the entire property needs to go into rehab to cleanse itself of its drug connection. The pazo is now the centerpiece of an effort to increase wine tourism in the Rias Baixas region. 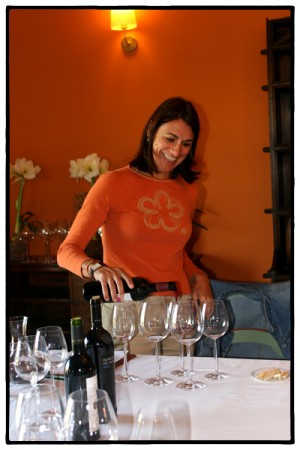 The Ribera del Duero wine region is an odd bird. In 1864, an intrepid Spaniard with a very long name—Don Eloy Lecanda y Cháves—decided to start a winery in this very isolated section of Spain. The area he chose was well over 2,300 feet above sea level, way up in the mountains where it was very cold and the grape-growing season was very short. Not exactly someplace you or I would pick to start a winery. But his bodega, Vega Sicilia, did surprisingly well. In fact, through most of the twentieth century, Vega Sicilia was the most expensive wine made in all of Spain. Go figure.

But here’s the really odd thing: Nobody else opened a bodega in Ribera del Duero. Until 1972 when another guy, named Alejandro Fernández, decided to give it a go. Things did not go well for Fernández. By 1983, he was ready to throw in the towel. Except that just happened to be the year wine critic Robert Parker came to Spain and raved about Fernández’s wine and the Ribera del Duero in general. A legendary wine region was made.

Now there are any number of wineries in the region, many of which have opened up in the last ten years. Their signature grape is Tinto Fino, the region’s version of Tempranillo, which loves the cool nights and warm days.

Eva and I stopped in at one of the newer wineries, Valdubon, and did a tasting with the winemaker, Javier Aladro. The character of wines from this region are all determined by the weather, Javier told me. “Sometimes our summers are too hot. Sometimes we have a very hard winter and too much rain. When we have a less-than-ripe vintage, the wines can be pretty abrasive. On the other hand, the great vintages are, well, great.”

Ten years ago, Javier said, there were maybe a hundred wineries in Ribera. “Now there are over 250. I don’t know how they all stay in business.”

We sampled some of Javier’s wines while eating a simple lunch of bread, cheese, sausages, and olives. “We must not forget,” said Javier, offering me a plate of food, “that wine is a drink to accompany a dish. In Spain, we never drink wine without eating—even when we are just sampling.”

I like that idea. And I liked Javier’s Valdubon wines.