Should you stay at the Aureum Palace Hotel in Bagan? 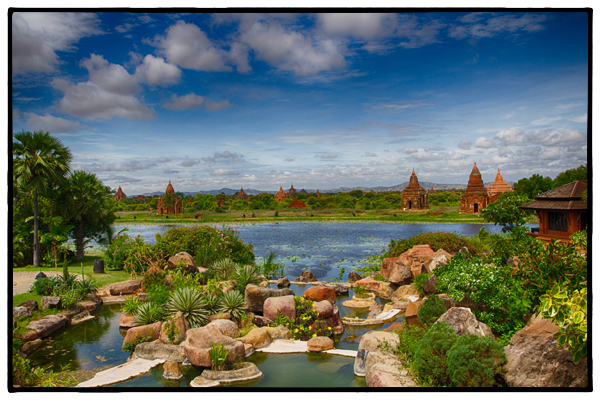 A view from the pool at the Aureum Palace Hotel in Bagan looking across the pond to the temples. Photo by David Lansing.

They say the best hotel in Bagan is the Aureum Palace so yesterday afternoon I stopped by to have a look. The resort sprawls across 27 acres and includes a sushi bar, spa, and 72 villas, including the thousand-dollar-a-night Island Villa with its own lap pool, sun deck, and a personal valet.

The Island Villa was vacant (but very beautiful) as were most of the other villas and guest rooms. In fact, on an hour-long tour of the property I think I only saw two or three guests, and they were sitting in the lobby drinking tea. No one at the pool. No one at the spa. No one walking around the extravagant five-star property. So what gives?

Well, the hotel is owned by Tay Za, reportedly the richest man in Burma and a close associate of one of its former military dictators, Gen. Than Shwe. And Mr. Tay Za has been described by the United States Department of the Treasury as a “notorious henchman and arms dealer.”

According to a recent story in the New York Times, after the 2007 Saffron Revolution, when the junta killed dozens of pro-democracy demonstrators and arrested thousands more, “the Bush administration froze his assets and blocked him and his family from traveling to the United States.”

Does that explain why there are few guests? Perhaps. Or perhaps it’s because of the weather. We are coming to the end of the intense monsoons here in Burma when daily temps in Bagan often eclipse 100°F. So maybe it has nothing to do with tourist’s feelings about Tay Za at all.

Then again, our hotel, Tharabar Gate, seems to be completely full. 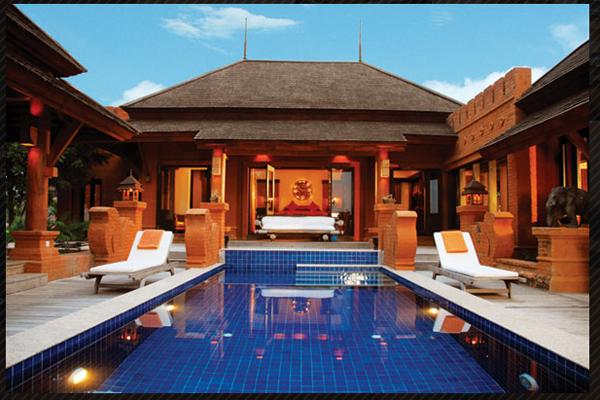 For $1,000 a night you can rent the Island Villa at the Aureum Palace Hotel which comes with its own lap pool and valet–if you don’t mind the company you keep.