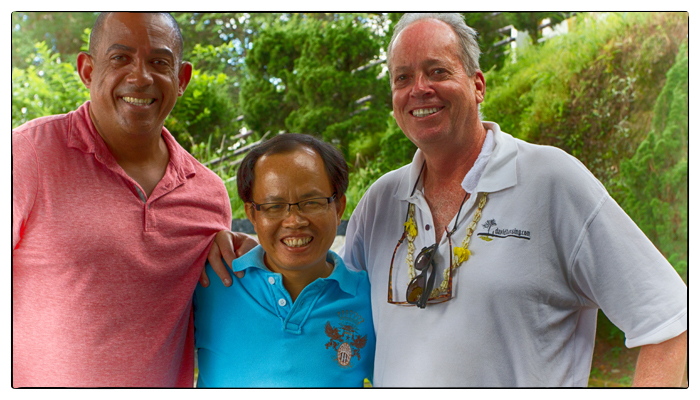 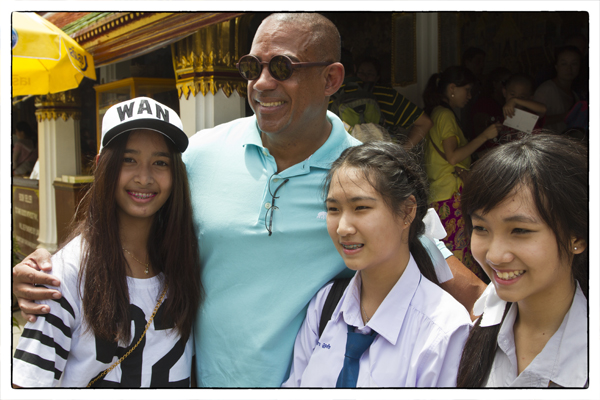 Sampling oolong teas at one of the many tea shops in Mae Salong (Santikhiri) in Northern Thailand. Photo by David Lansing.

The people from Mae Salong, where the tea plantation is located, do not look Thai. They look Chinese. Which they are.

After Mao won the Chinese Civil War in 1949, the armies led by Generalissimo Chian Kai-shek retreated to Taiwan. Except for an odd army division which refused to surrender. Those soldiers fought their way out of China and escaped in to Burma’s jungles before being chased by the Burmese army into the jungles of the Golden Triangle where they set up shop around Mae Salong. And used the opium trade to finance their continued war on China.

As one of their generals famously stated to a London newspaper in 1967 when accused of engaging in the illegal opium trade, “We have to continue to fight the evil of communism, and to fight you must have an army, and an army must have guns, to to buy guns you must have money. In these mountains, the only money is opium.”

For decades, Mae Salong was one of the largest heroin refineries in Southeast Asia; hundreds of mules (sometimes as many as 600), protected by the armies of the Chinese Irregular Forces, would carry tons of raw opium down from the hills of Northern Thailand and Burma to be processed in Mae Salong.

Finally, the Thai government realized this wasn’t such a great idea and they came up with a plan to introduce new crops in the area, primarily tea. They also officially changed the name of the area from Mae Salong, which was so strongly associated with the opium trade, to Santikhiri, which means “hill of peace.”

Today Mae Salong (I saw few signs saying Santikhiri) is inhabited mostly by the descendents of the former soldiers and their ethnic Chinese brides who crossed the border after the fighting stopped. And the opium poppies have mostly (but not completely) been replaced with tea and coffee plantations as well as fields of corn and fruit trees (they also make sickly-sweet fruit wines here which are popular with Thais and tourists from China and Taiwan).  In fact, about 80% of all the high grade traditional Chinese tea (mostly oolong) now comes from this area. Which just a few decades ago was completely off-limits to tourists and under the control of the warlord Khun Sa. How things have changed. 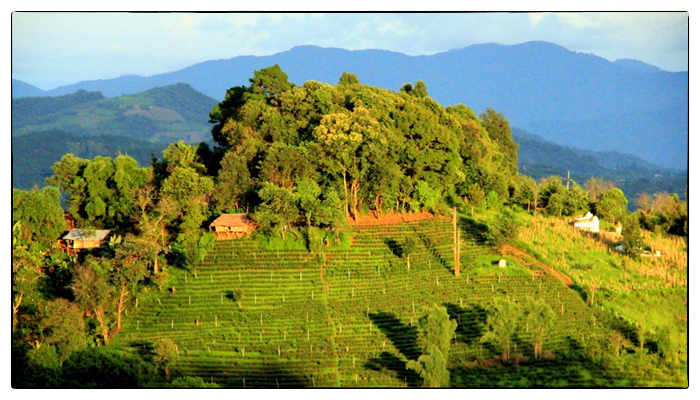 Tea grows on the terraced hills of Mae Salong at an average elevation of 4,000 feet. 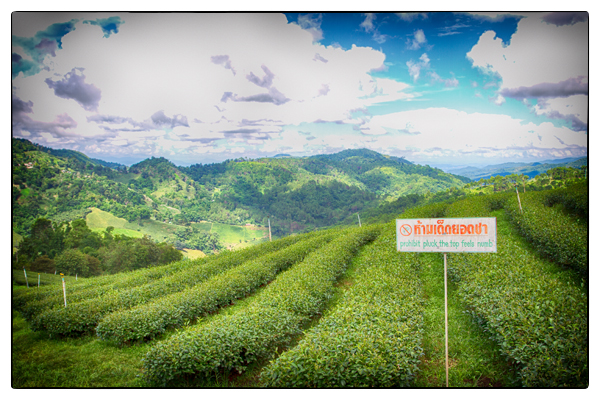 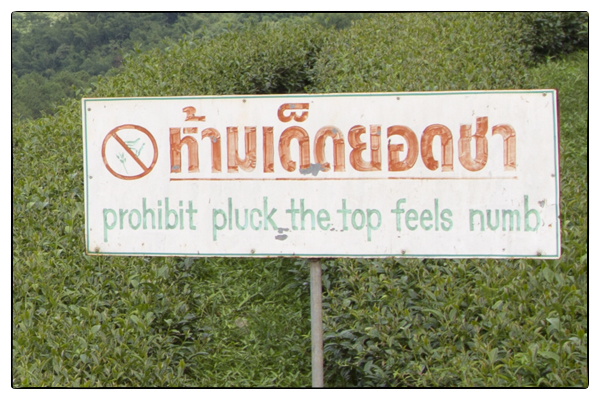