Taking the plunge with Katie 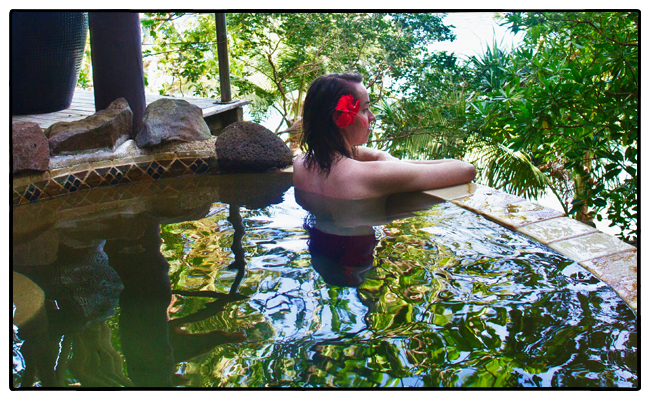 You know how nervous you get when you see a cop, even if you have no reason to be nervous? That’s the way I felt shooting a topless Katie. I’d just finished my Bobo massage with May and I explained to her that I was going to hang around the spa because Katie was coming in and before she got her massage, I was going to take some pictures of her. In the plunge pool.

I explained to May how this was going to work: Katie would be in a robe. I’d be up on the edge of the plunge pool. I would hide my eyes. May would help Katie undress. Katie would get in the water. When Katie was properly situated, she’d tell me and I’d open my eyes. Then I’d take some pictures.

“Does that sound okay with you?” I asked May.

When Katie came in, she seemed as nervous as I was. She said something lame and I said something even more lame in return. I was sitting half in and half out of the plunge pool, trying to get the camera as close to the level of the water as I could because I thought that would be the most artistic shot. Katie was standing at the edge of the pool, gripping her white robe close at her neck.

I put my hand over my eyes. Katie disrobed and got in the water. I could hear her splashing around as she moved into place. “Okay,” she said. “You can look.”

Her hair was slicked back and she had a red hibiscus flower behind her ear. She was pressed up against the edge of the pool with her arms up on the ledge. “You look really tense,” I told her. “Can you relax your shoulders?”

As I framed her in the viewfinder, I realized this wasn’t quite the shot I was hoping for. In the plunge pool at my villa, you could look straight out across the ocean to Beqa Island. But the pool at the spa was more hidden. You couldn’t really see the ocean. There was so much foliage around the spa that it appeared as if Katie was staring off into the jungle. Not quite what I was looking for.

For a moment I considered asking Katie if she’d mind coming over to the plunge pool at my villa. But then I could just hear Marguarite—“You did what?”

So I asked Katie to adjust her body a bit to make it look less like she was staring out at the jungle, and to try and relax her shoulders, and then I clicked off exactly 26 photos. I know because I counted.

And then I climbed out of the pool, while Katie stayed pressed against the edge, thanked May—and Katie—and was gone. Photo shoot over.