Whenever I ask the concierge at the Locanda Della Posta how to get somewhere, he tells me it is next to or very near someplace else. Someplace I’ve never been and have no idea how to get to. He tells me, for instance, that the Osteria il Gufo, where I planned to have dinner Saturday night, is across from the old cinema on Via della Viola (a street that’s not on any map). The truffle shop, he tells me, is on the same street as the gelaterie. But since there are about a thousand gelati shops in Perugia, I ask him which one and am told, “The best, naturalmente.”

Rather timidly, I ask him if the best gelati shop in Perugia has a name? No, he says. “But everyone knows it.” And he dismisses me as the idiot I am with a wave of his hand.

Saturday afternoon, after asking the concierge for directions to a shop nearby selling cheese, I ended up walking down a narrow, dark vicolo, completely lost, where I stumbled upon Cacioteka Formagi Salumi (although, somewhat confusingly, it says GIULIANO’S in big blue letters on the front). 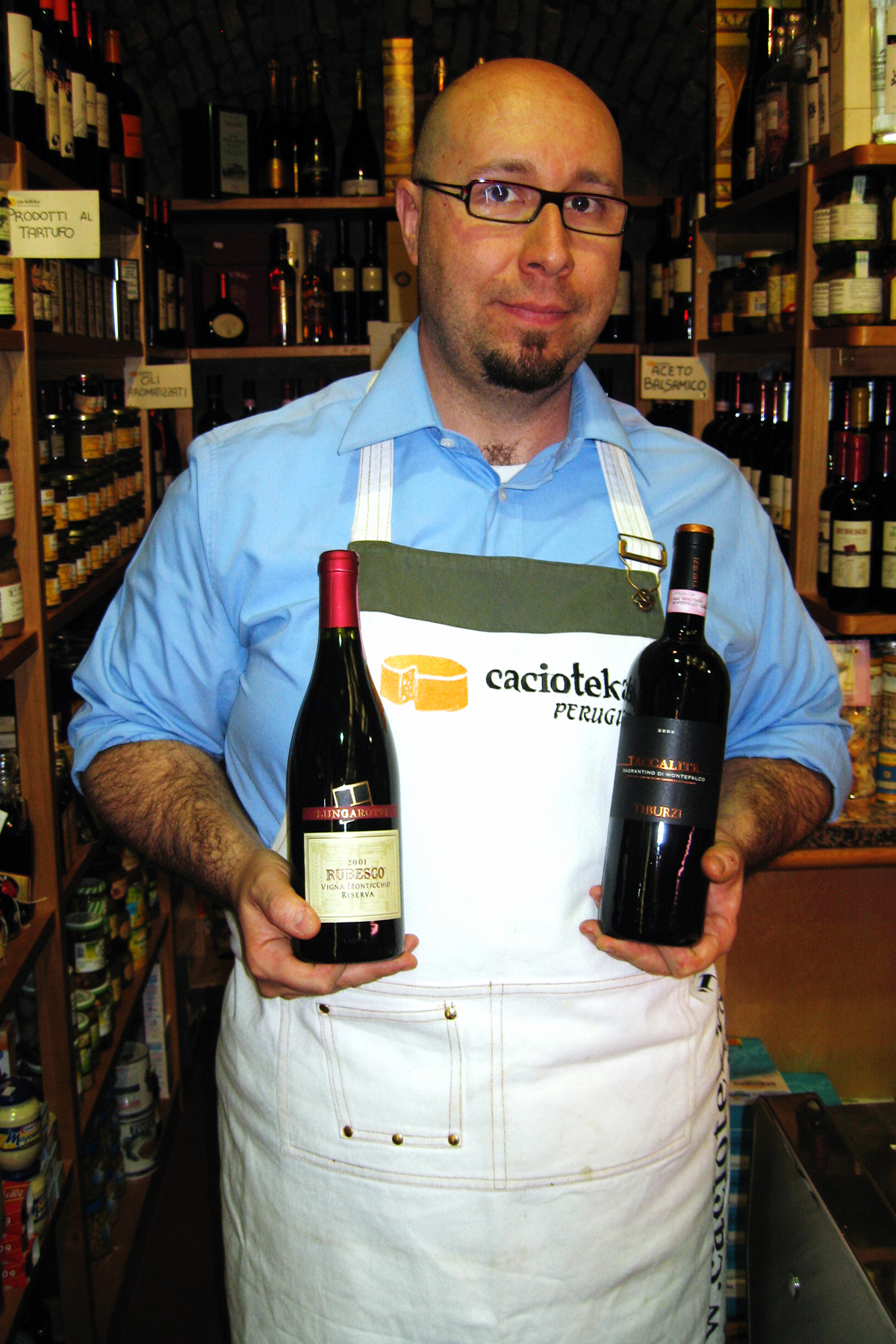 Cacioteka is owned by Leonardo Spulcia and when I ask him why the store sign says GIULIANO’S, he shrugs and says the name has always been on the front of the shop and why ruin a perfectly good sign just because the original owner,  Giuliano, may have died of cholera in the 15th century? Well, who can argue with such logic?

I tell Leonardo I’d like some local gorgonzola and he instructs his assistant to cut me off a chunk from a lovely wedge in the display case. While I’m waiting, Leonardo gives me an assaggio from a big, fat, round sausage in a cloth bag labeled coglioni di mulo. I don’t know a lot of Italian but it doesn’t take a genius to figure out that mulo is mule and coglioni sounds very similar to the Spanish cojones—balls. Mule’s balls sausage. 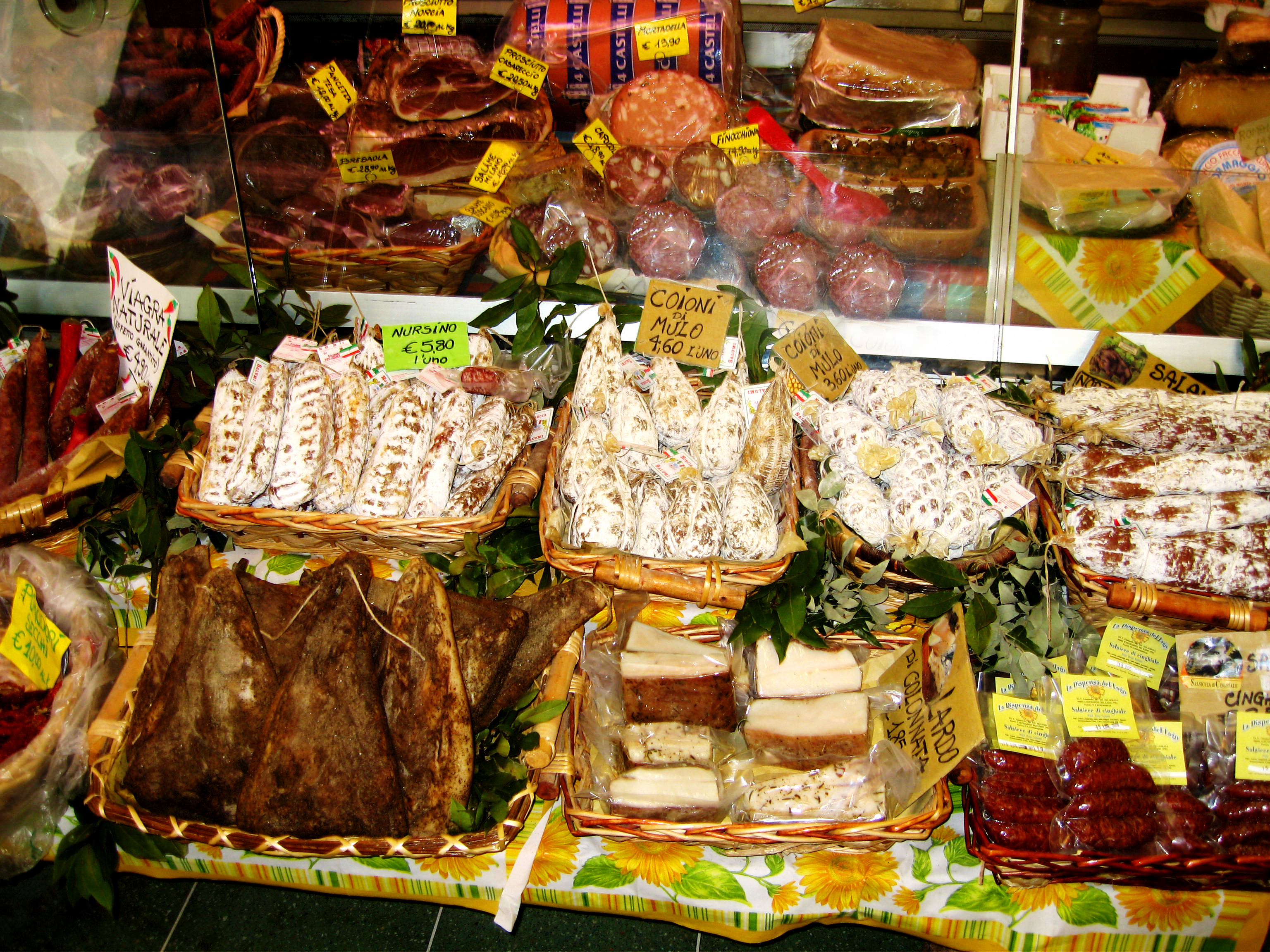 Would you prefer the mule’s balls or grandpa’s testicles sausage?

Italians, who have an endless number of food items named after male and female sexual parts,  seem to find this sort of thing hilarious.

When I compliment him on his mule’s balls, he cuts up a crinkly-looking sausage, palle del nonno, made from local wild boar. The name translates into something like “grandpa’s testicles.” It’s even tastier. Not as fatty as the mule’s balls but with a better mouth-feel. I take a quarter kilo of each and happily munch on them, and my gorgonzola, out on the balcony of my hotel room while watching the swallows dive bomb for insects above a very busy Corso Vannucci.

Here in Umbria, it’s starting to feel a little bit like spring.