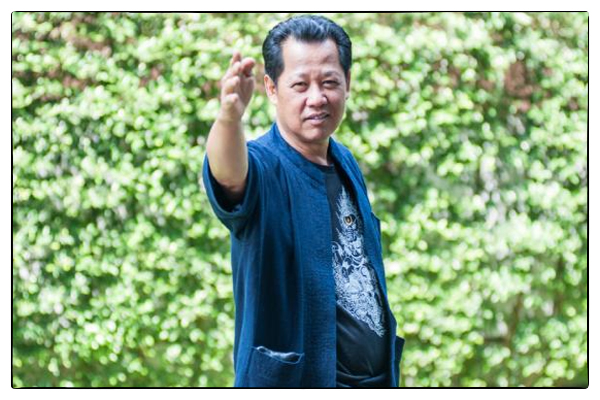 Is Chalermchai Kositpipat Thailand’s greatest artist? He thinks so.

A little bit more about the White Temple (Wat Rong Khun) and the Thai artist, Chalermchai Kositpipat, who designed it: the guy is crazy.

This year he did an interview with a Thai publication called BK in which, while calling him “Arguably Thailand’s greatest artist of our time,” he proclaims on the one hand that he has stripped away his entire ego and is left with only mercy, followed by the revelation that “I’m fucking perfect. I’m good at art, management, PR and presentations. There is no defect in me.”

Kositpipat claims that the purpose of the White Temple is to shine a light on Thai Buddhism and the greatness of Buddha. But let’s face it, the artist, who also created and produces a whacky Thai reality show called “Ton Silapa,” in which young artists compete in a sort of visual “American Idol” format to become Thailand’s “next great artist,”is just a huckster. But you know what? The Thai people may know Kositpipat is a huckster but they like him (and his White Temple) anyway. And that’s just fine. 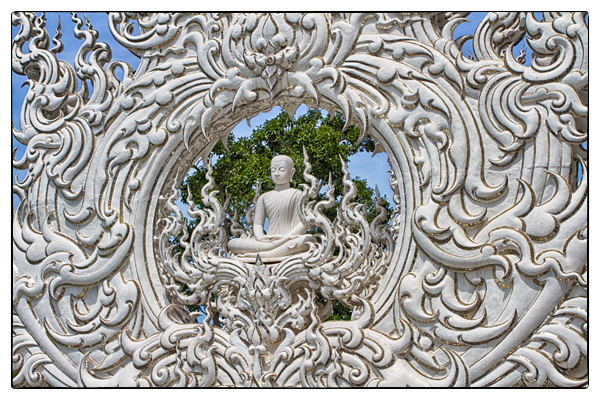 What would Buddha think of the White Temple and its creator? Probably not much. Photo by David Lansing.