The life and times of Olive Ridley

I hate people who ask me what sort of animal I’d like to be. They’re the sort of people who love Celine Dion and think J. K. Rowling should get the Nobel prize in literature. Frankly, I would never want to be any animal. Their lives are very British: nasty, brutish, and short.

One animal I’d particularly never want to be is a sea turtle. Talk about nasty and brutish (and often short).

Playa las Tortugas isn’t just a pretty name. There are actually turtles here. In fact, the five miles of coastline along this stretch of Nayarit Riviera is a Mexican sea turtle conservation area. Between June and December, a couple hundred, at most, female sea turtles—mostly Olive Ridleys, although also Leatherbacks and Blacks—make their way back to  Playa las Tortugas and lay thousands of eggs in the sand. During this time, volunteers and students patrol the beach and, when they find a nest, mark it and keep an eye on the eggs until they hatch. 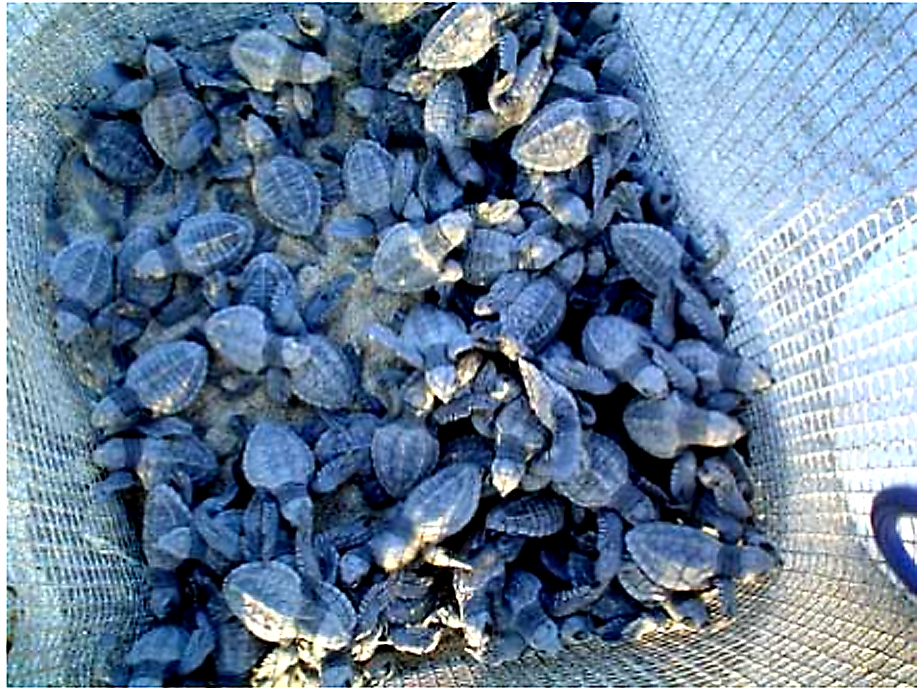 Then BOOM! Over a few nights time, thousands of hatchlings, smaller than the palm of your hand, hit the beach like it’s D-Day and they’re invading Normandy—in reverse. I’m not sure exactly how many baby Olive Ridleys were released last month. Just for the sake of argument, let’s say it was something like 10,000 (in 2007, a record number 106 female turtles came up to lay nests on Playa las Tortugas resulting in some 8,000 hatchlings, so let’s be optimistic here and assume there were even more moms around in 2008).

So that’s pretty good, right? I mean, 10,000 turtles, small or not, would certainly make a hell of a mess around my house. But—and this is the reason I’d never, ever want to be born a turtle—the survival rate for hatchling turtles is a measly 1%. Which means that even if 10,000 Olive Ridleys made it into the calm waters of Turtle Beach on a moon-less night shortly after Halloween last year, only about a hundred will ever return.