The Mexico Diaries: Fleeing to Custodio 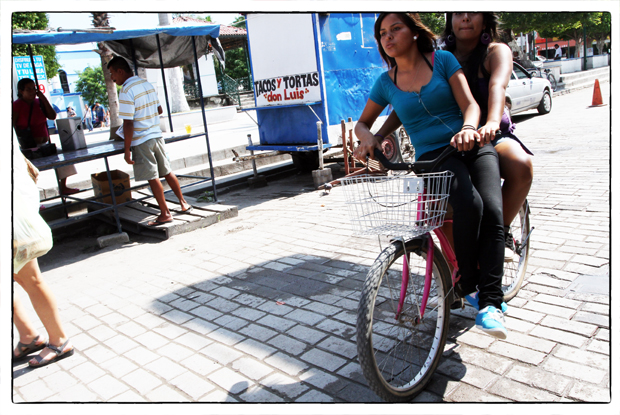 On the road to Custodio. Photo by David Lansing.

I’m not in Bucerias any more. I’ve fled. Up the coast to the house of my friends, Chris and Malin Fletcher, in Custodio. They’d invited me up last week and I had responded with an e-mail explaining I couldn’t come because my electricity didn’t work and then I had this flood, and Chris sent me a text saying, “Just come up. We have a cold beer waiting for you.”

So I did. But only after I’d spent four hours early Saturday morning draining the lake in my house. The first thing I did was throw down every beach towel I had. Which was really useless. It was like tossing a few Kleenex in a bathtub hoping that will soak up the water. All it did was leave me with seven or eight soaking beach towels weighing 50 pounds each that were impossible to wring dry. I heaped them in a pile on my patio. Then I grabbed a large sponge and a pail. But that was pretty worthless as well. Eventually what I decided to do was to take a wide broom and start pushing the water forward through the living room and out to the patio where there was a drain.

This took hours of work. But it was effective. Eventually I was able to get the bulk of the water out the door leaving me with just a shallow pond everywhere. At which point I went back to the sponge routine, sponging up water from the entryway, then the bathroom, the kitchen, the dining room, the living room, and out to the patio. Bonus: My floors looked really clean at this point. The third step was to get a dozen bath towels and mop up the remaining wet spots. Then just let the ceiling fans and the dry air remove the rest of the moisture. By nine, I was done.

I sent Miss Vicky an e-mail asking her if she knew a refrigerator repair man. She e-mailed me back to offer to come over and help me clean up (I was finished at that point) and said the fridge guy would be here first thing Monday morning. In the meantime, I again had no water. And no desire to sit around my condo worrying all weekend. So I got in the car and headed through the jungle to Custodio.