The story of Lago Trasimeno

Nothing inside the Palazzo della Corgna is as entertaining as my coffee earlier with Professore Corrado Fratini. We look at a ceiling fresco that tells the story of the Judgment of Paris and Maura points out the goddesses on the ceiling—Hera, Athena, and Aphrodite—telling me how they forced Paris to decide who amongst them was the most desirable.

I don’t know. I kind of like the professore’s story about the prostitute nuns better.

The professore has another appointment so he says a quick good-by. Maura and I decide to go for a walk along the banks of Lago Trasimeno. I ask her how the lake got its name. She says there was a man, named Trasimeno, who came to the lake and heard a nymph, Agilla, and thought her singing was so beautiful that he followed her into the water. And never came out. 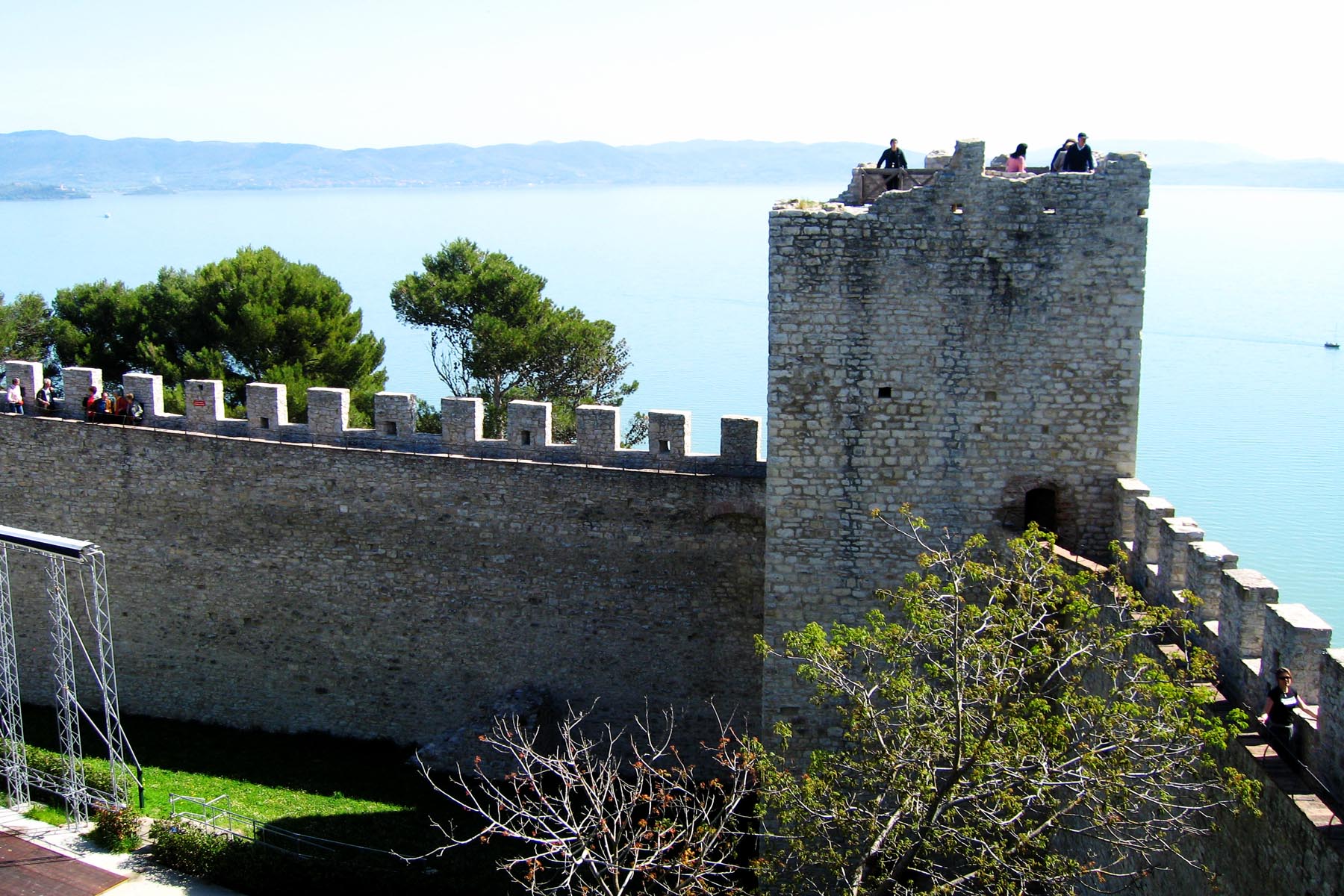 A view of Lago Trasimeno from the palazzo fortress. Photos by David Lansing.

“The story is either tragic or romantic, depending on what you think,” she says. “So what do you think?”

“I think it is romantic,” I tell her. “He is with the woman he loves.”

On the banks of the lake, the wisteria—or glicine, as Maura calls it—is in full bloom. “It has a big profumo, no?”

From the edge of the lake we can see the old stone fortress around the palazzo. In the middle is a tall, squat tower that, Maura says, is called a Mastio. “It’s a phallic symbol,” she says. “Rising up in the middle of the fortress. Its name is related to maschio—you know this word?” 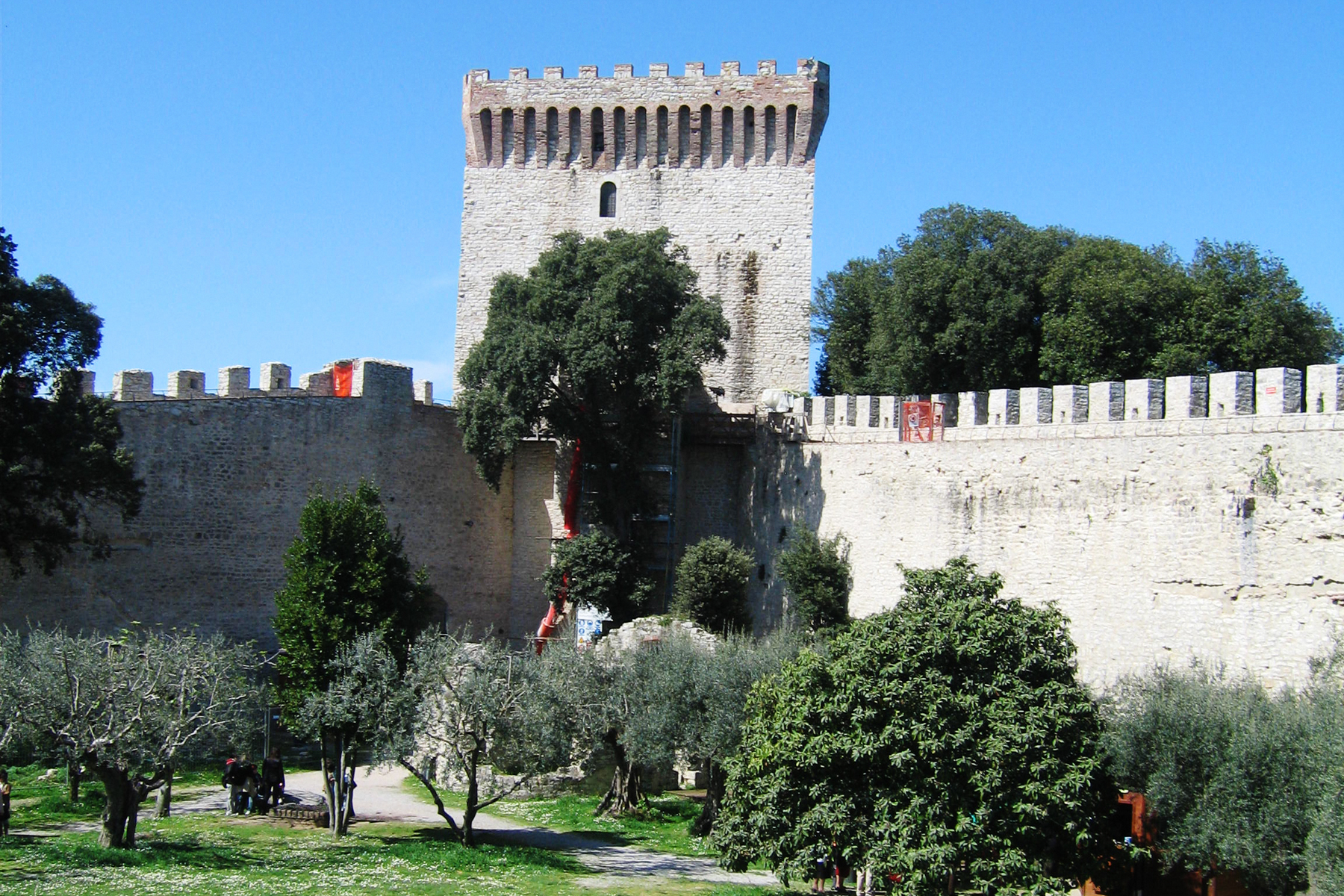 In the summer, Maura says, young couples out for a walk around the lake always seem to end up at the Mastio. “Perhaps,” she says, “because it is a good place to kiss. In fact, I will tell you a secret.” She nods towards the imposing stone edifice. “That’s the place I got my first kiss as well.”

We are both silent for awhile. The breeze from the lake perfumes the air with the sweet scent of wisteria. Maura grabs my arm. “Come on,” she says, “let’s go have a look at this Mastio. It’s been a long time since I’ve been up there.”

Who am I to argue?