The Street of Kisses

Before heading back to Perugia, Maura insists on one last stop. In the nearby village of Citta’della Pieve, the home of Perugino, the 15th century artist whose work in the National Gallery I was so quick to dismiss the day I met Maura.

“Do you know why the Madonna always looks the same in Perugino’s paintings?” Maura asks me as we drive through a landscape of hillsides terraced in olives and vines, valleys of sunflowers and fields of grain—barley, spelt, chickpeas, and the small lentils Umbria is famous for.

On her car stereo Maura has slipped in a Katie Melua CD.

If you were a cowboy, I would trail you.

If you were a piece of wood, I’d nail you to the floor.

If you were a sailboat, I would sail you to the shore.

If you were a river, I would swim you.

If you were a house, I would live in you all my days.

If you were a preacher, I’d begin to change my ways.

No, I say, I do not know why the Madonna always looks the same in Perugino’s paintings.

“Because the model was his wife. And he was madly in love with her and kept trying, over and over again, to show the things he most loved about her—her lips, the paleness of her skin, the gracefulness of her hands. But he felt he never got it right. So he kept trying.”

I assume Maura is taking me to the town’s cathedral, where several of Perugino’s paintings are on display, but instead we wander past the church, down Via Santa Maria Maddalena, named after the most famous prostitute of all time, stopping before a narrow street less than three feet wide. The street, Maura tells me, is said to be the narrowest in all of Italy. It is called Vicolo Baciadonne—the Street of Kisses. 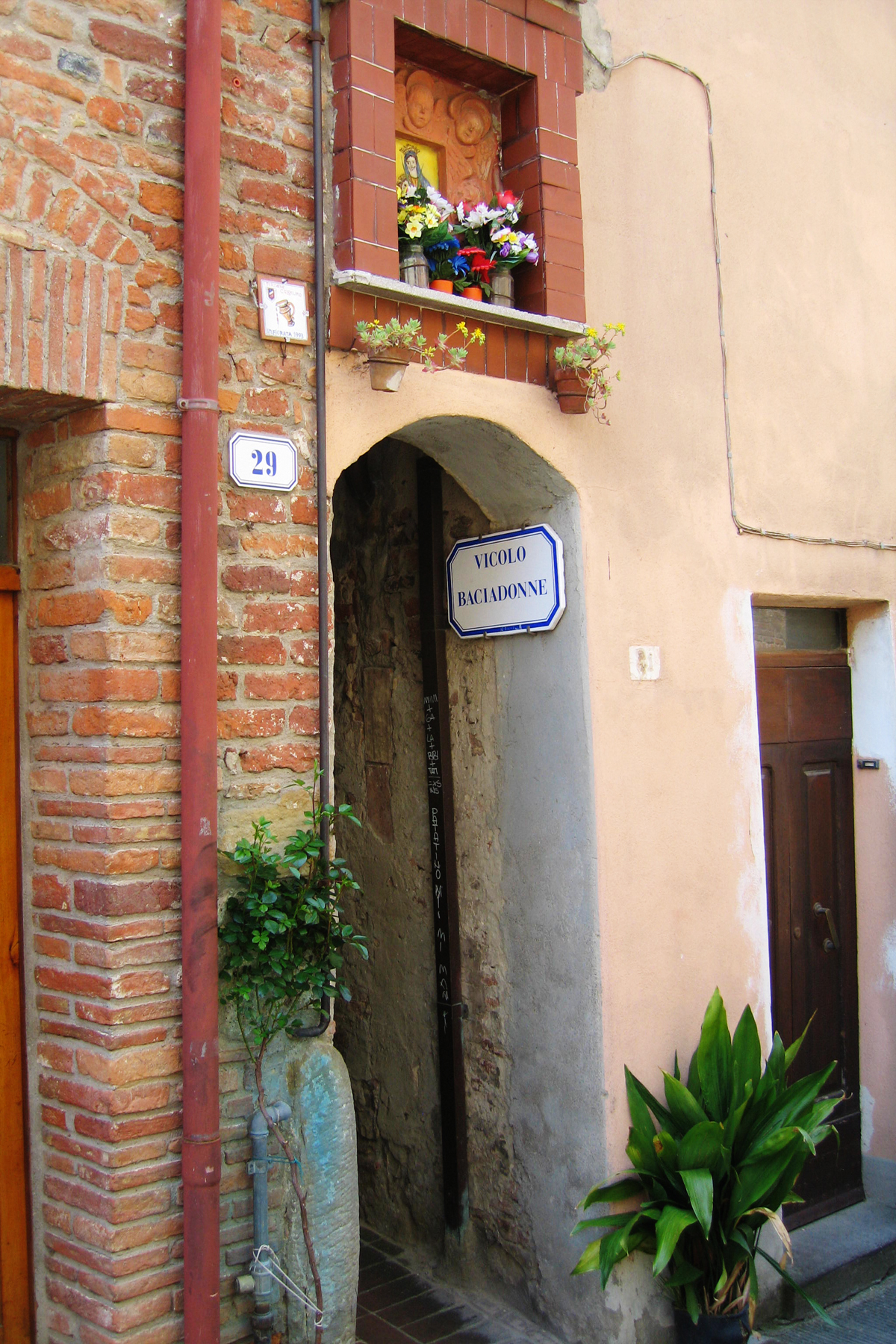 The Street of Kisses. Photo by David Lansing.

Maura heads down the dark passage with me right behind her. “How did this street get its name?” I inanely ask her.

“Because they say when a man passes a woman in this street, they are so close together they must kiss.”

She stops and leans against the wall in the darkness.

It is warm and moist in here. The air smells heavily of wisteria. My mouth is dry, my hands sweaty. “Where to now?” I ask her.