To Arran in search of hairy coos

I’ve decided we need to go to the Isle of Arran, separated from Islay and Jura by the Kintyre Penninsula, part of the mainland. I want to go there because Charles says it’s the best place to see hairy coos. Officially called Highland cattle, hairy coos have shaggy reddish-brown hair and dopey eyes, mostly hidden behind their bangs, and look like they ought to be characters in a Muppets movie.

All this I’ve gleaned from looking at countless postcards of hairy coos wherever we’ve been. Everyday Charles has said, “Dunno’ worry, we’ll find you a hairy coo today.” But I’ve yet to see one on anything other than a postcard. So yesterday we headed for Arran.

Once off the ferry at Lochranza, we drove a GWR along the western coast, watching gannets divebomb for their Sunday brunch in Catacol Bay, before stopping at a cheese shop near Lamlash. 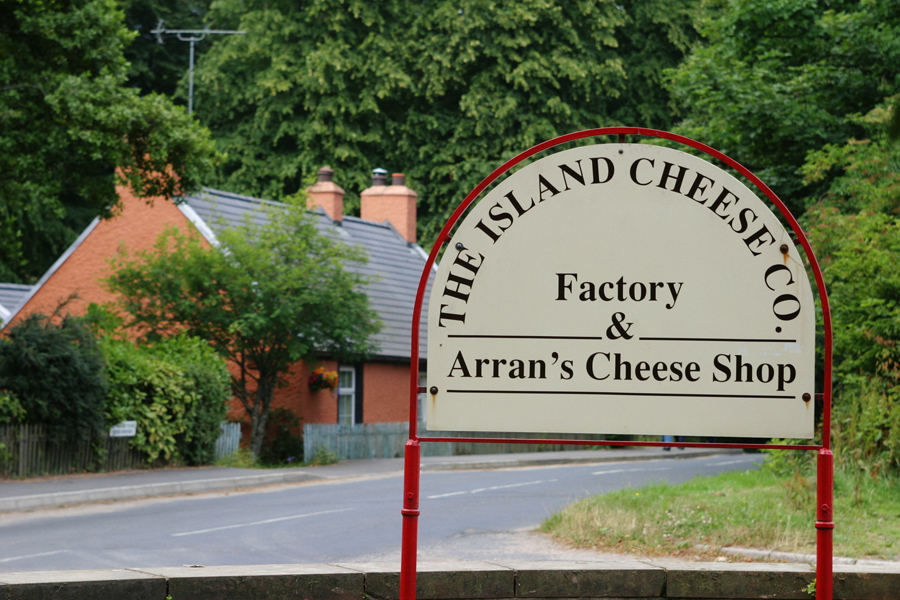 We are the only ones in the shop, except for the clerk, an elderly librarian-type who, from the way she follows me around, seems to think I’m here to make off with as much Hebridean herb cheddar cheese as possible.

There’s a mustard cheese and a garlic cheese and a claret-flavored cheese, called Balmoral, all wrapped in a green or red or black waxy coating, but best of all there’s a whisky cheese called Islander. 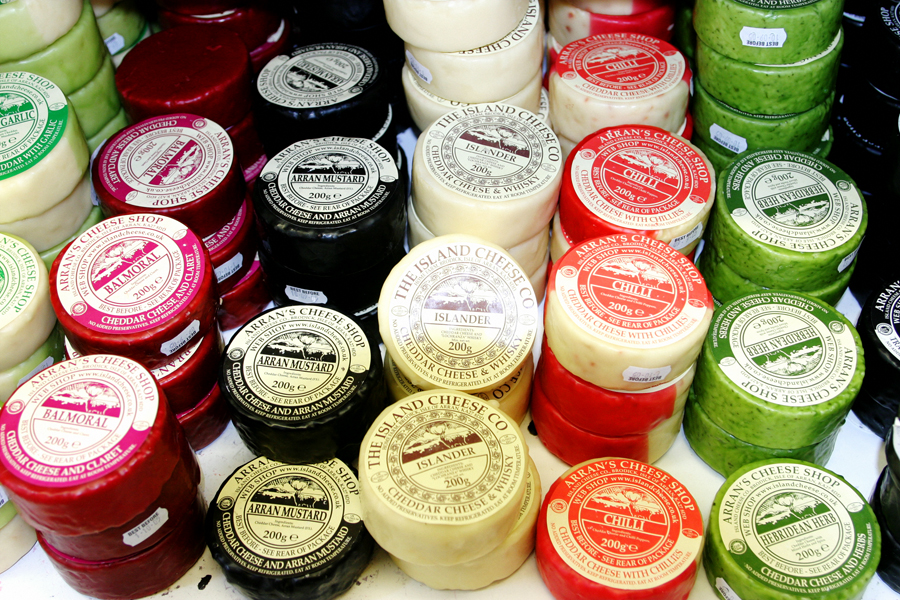 The cheeses are so colorful all stacked up in an open cooler that I decide to take a photo, but when I pull out my camera, the little lady running the shop says, rather snappily, “Here now, what do you think you’re doing?”

I tell her I’m taking a picture…of the cheeses…with, you know, a camera.

She looks at me in disgust.

“I would ‘av thought you’d ask first,” she sniffs, arms crossed over her heaving chest.

In the car, Charles smiles and tells me to take no notice of the old gal. “She’s just an old nippy sweetie,” he says. “Scotland is full of them. They’re the ones who don’t like whisky.”