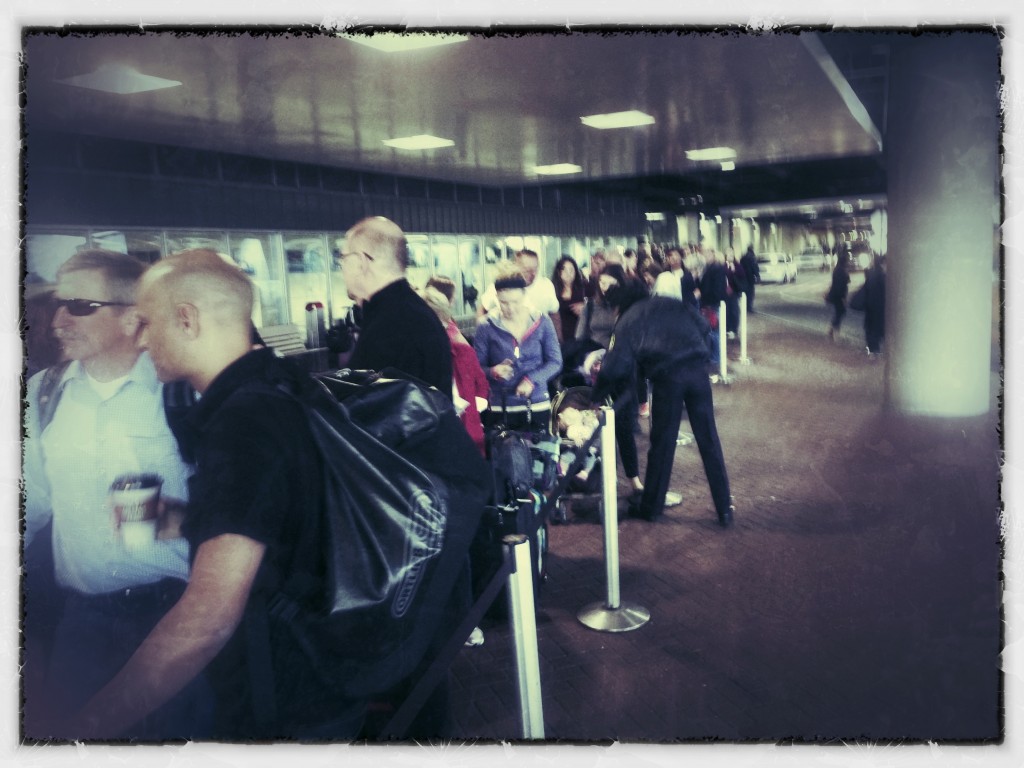 The taxi line at the New Orleans airport. Photo by David Lansing.

Jean Remy picked me up at the New Orleans airport this afternoon after I’d stood in the taxi line for at least half an hour behind 200 people or more. And it isn’t even Mardi Gras or anything. What is the taxi line like when there’s a Saints game or a big convention?

Anyway, Jean Remy was driving a tricked out Chevy Suburban and playing, at high volume, some Mitch Woods rock ‘n’ roll blues. I had to wonder–did Jean Remy really like this music or do they just make the taxi cab drivers do this for the tourists, sort of like “It’s a Small World” at Disneyland.

Jean Remy had a Xerox of his license on the back of his seat and, along with the proper etiquette for a New Orleans cabi, was this rather disturbing admonishment: “Killing of a taxi cab driver may be a First Degree Murder offense in the State of Louisiana, punishable by death.”

“May be” an offense?