Why you should never order the salmon 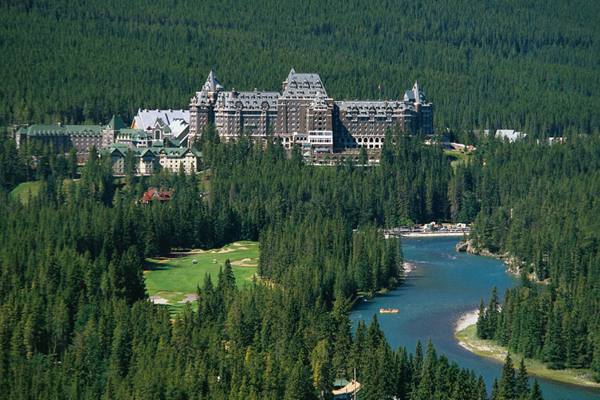 Last day in Banff. Tomorrow we have to get up at the crack of dawn for the long drive to Calgary and then flights home. To end the trip we had a farewell dinner at The Waldhaus, a somewhat kitchy Bavarian restaurant on the edge of the golf course (the Bavarian cottage that houses the restaurant was built in 1927 as the Banff Springs clubhouse).

The big thing at The Waldhaus is the fondue, although everyone at the hotel has been telling us we really had to go for the wiener schnitzel. I don’t know. Fondue? Schnitzel? I wasn’t feeling it. So while I spent my time trying to find something more interesting on the menu (venison baden-baden? Beer-braised lamb shank?) I ordered a Manhattan. It was huge. And quite appealing looking. So much so that three or four others at the table quickly changed their drink orders and ordered Manhattans as well.

I asked Michael, who was sitting across from me, what he was thinking of ordering. Salmon, he said. You can’t have the salmon, I told him. Why not? he said. I told him that restaurants loved it when people ordered salmon because they had some of their highest profit margins on the dish. “Besides,” I said, “anybody can cook up salmon. When you go out to eat, you should order something that you’d never make at home because it’s too difficult or you couldn’t get the ingredients.”

“Then I’ll have the fondue,” he said.

“You can’t get the fondue either.”

“Because it’s just melted cheese and crappy kirsch in a bowl. No fondue.”

“Then what do you think I should get?” he asked.

“Get the duck confit,” I said.

“How would you know?”

When the waitress got to Michael and asked him what he wanted, he said, “I was going to order the salmon…”

“…but this guy”—and here he pointed his menu at me—“says I can’t have it, so I guess I’ll get the duck confit.”

So that’s what he got. But it wasn’t very good. A bit gamey and way too dry. However, I graciously gave him a bite of my wild salmon. It was delicious.