A cyclone in the Garden of Eden

Despite being the most naturally beautiful island I’ve ever been on, there’s something achingly sad about Niue. You can’t help but sense it just driving around. There are all these recently abandoned houses. In every village. It’s like god sent a plague on the island one day and everyone just got up and left. Which in a way He did.

Five years ago next month, a monstrous cyclone—Heta—hit  the island. Winds of over 180 mph peaked around 6 pm, bringing a storm surge 35 feet above sea level. The waves from the surge washed more than 200 yards inland, destroying everything in their path. There were less than 2,000 residents on the island the night Heta came ashore. A year later, there were maybe half that many still here. People just packed what little they had, boarded up the remains of their houses, and moved to New Zealand or another South Pacific island.

Shops and cafes closed; small businesses went belly up. Five years later, the detritus from the destruction is still visible everywhere you go, from the barren concrete pads where a little store once stood to the abandoned buildings that are slowly being swallowed up by the jungle. 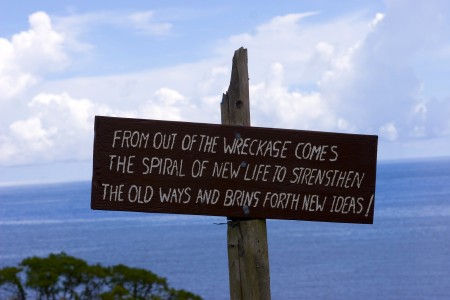 Yesterday I drove around the island taking pictures of nothing but these abandoned buildings. I’d get out of my car and sit on the ruined porch of one house after another. Places where generations of Niueans were born, grew up, married, and died. Maybe it was just the wind but I’d swear I could hear the ghostly sounds of laughter, tears, and singing coming from these ruins. 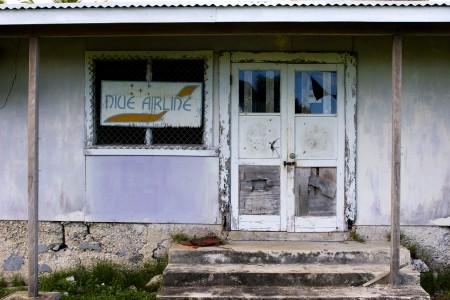 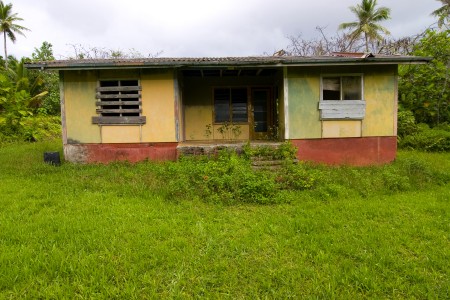 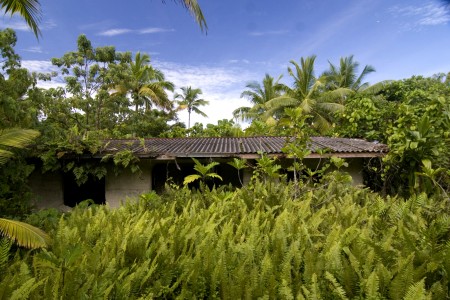 Of course, not everyone left. Some stayed, though how they managed to make a living afterwards is a mystery to me. Others started new lives in New Zealand or Samoa, eventually drifting back home when they just couldn’t stand being away any longer. Usually, they went back to the old family home, doing what they could to make it inhabitable again. But lots of their neighbors are still gone. And when you talk to those who’ve come back, like Ida Talagi, what you hear is how much they missed the Niuean way of life. And how they were willing to give up good careers in Auckland to come back to an island where making a dollar is not easy.

“But we’re not really business oriented,” Ida told me one evening while walking me around Alofi. “Money is kind of a new concept on Niue. Making it, spending it—that’s kind of foreign to us. For us, it’s all about the family. And our friends.”

To give me a better sense of what she was talking about, she invited me to join her tomorrow for a traditional hair-cutting ceremony in the village of Makefu. From the way she explained it, it sounds sort of like a bar mitzvah. But a Polynesian bar mitzvah. With lots of pork. I’m looking forward to it.