Go To Sleep or Muscle Ache 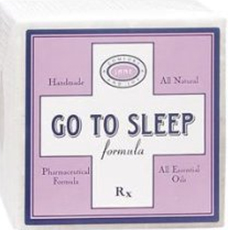 In the morning I made myself a coffee from the single-serve Keurig in my room, grabbed the paper outside the door, and climbed back into bed. I’d left the windows open overnight and the sound of the waves and the wind had been both comforting and disturbing. The Santa Anas, cold winds that originate in the north and flow over the Southern California mountains, heating up as they rush down canyons towards the beach so that it’s not unusual to have December temps in the 70s and 80s, were swirling the leaves and sand so that the morning sky looked dirty and fouled.

When I finished the paper I ran myself a bath. I can’t remember the last time I took a bath but it just seemed like the thing to do this morning. The opaque glass shutters on the side of the deep tub opened up on to the room so I could soak while looking out at the palm trees frantically batting their fronds in the wind and see the seagulls careening madly about as they attempted to land on the beach.

In the bathroom was a cabinet stocked with interesting toiletries like Tom’s of Maine Peppermint Toothpaste and cubes of Jane’s Bath Soak Fizzes. One block was called “Go To Sleep” and another “Muscle Ache.” Neither seemed appropriate but I chose the sleeping one because it contained oils of lavender, chamomile, and sage which sounded rather nice. I plopped the bath bomb into the steamy water while it was still running and then made myself another coffee and placed it on the side of the tub next to the turtle-shaped bar of soap and climbed in.

I let the water run until it covered my shoulders and was slopping out of the tub when I slouched down. I thought about what I would do today. I could go downstairs for breakfast but that would involve getting dressed or I could get room service but, frankly, I wasn’t really hungry. There was a plate in my room of grapes and cheese and crackers, under plastic wrap, that had been delivered shortly after I’d checked in and had sat untouched on the desk next to the toy Ferris Wheel. Maybe I’d just have that for breakfast. And with the Santa Anas blowing, there really wasn’t much point in going down to the shore or even walking around the city. Maybe later. For now, I’d just soak in the tub where Jane’s herbal bath bomb continued to fizz somewhere below me and then I’d put on a robe and get back into bed and read South Seas Dream or maybe Poems of the Sea and see how the day progressed. There was no one I needed to see, no place I needed to be, and the day stretched out in front of me like the dark Pacific waters reaching off into the horizon.