You are currently browsing the archive for the England category. 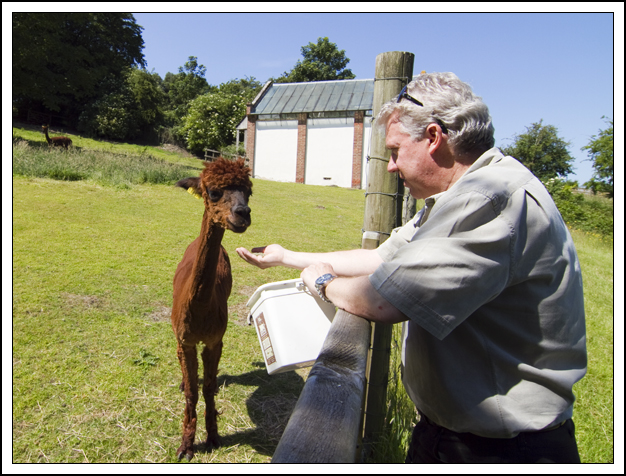 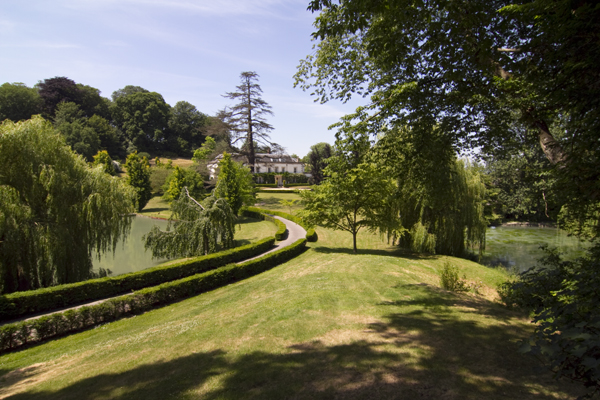 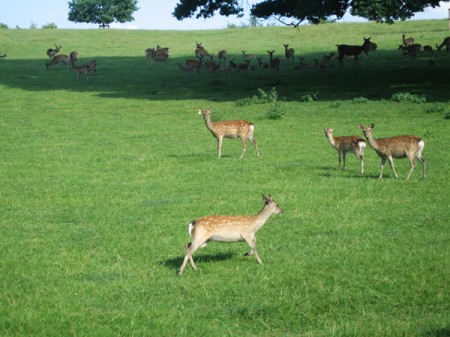 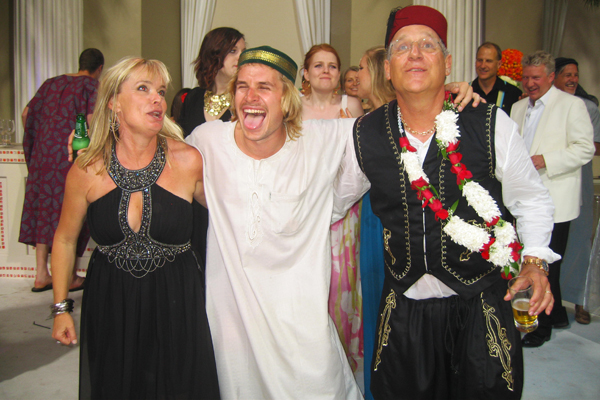 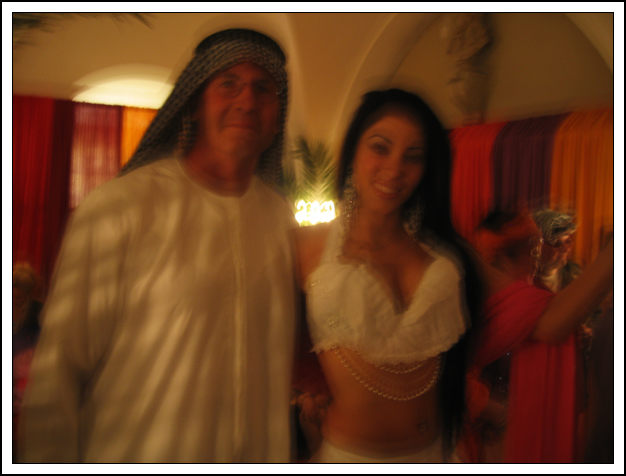 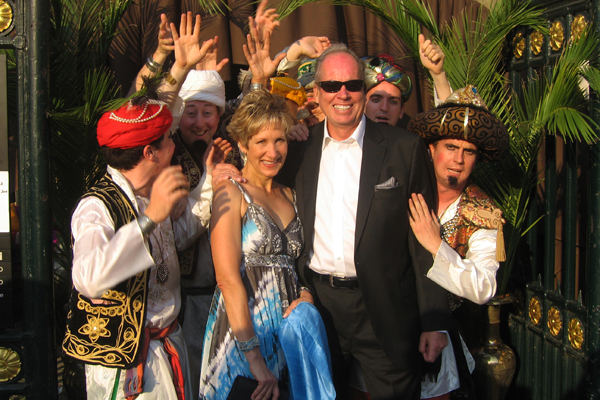 My Queen of Jordan date surrounded by Ali Baba and his 40 thieves. Photo by David Lansing.

Saturday was big surprise party for Bebe at London’s Banqueting House just down the street from the Prime Minister’s residence. Bebe didn’t know anything about the party; or she knew about it all along. It’s hard to tell which. It was put on by her husband, Hardy, as a way to celebrate both her birthday and their wedding anniversary.

The theme was “Middle Eastern Glam.” Now, if, like me, you are wondering what, exactly that would mean, Hardy included some suggestions, since this was to be a costume party, in the invitation.

The problem is, I don’t really do costumes. For Halloween, when I was a kid, I would almost invariably put on my Little League uniform. So one year I was a Dodger; the next year I was a Met. That was my idea of a costume.

Still, I didn’t want to upset Hardy or Bebe. So I thought long and hard about my costume. Aladdin was obviously out, but Lawrence of Arabia had a certain appeal to it. But where does one go about getting a good Lawrence of Arabia costume in London? I had no idea. Humphrey Bogart seemed like a definitely possibility, but then again, I imagined that every other guy at the party would be dressed in a white tuxedo and we’d all be mistaken for the wait staff (“I say, old fellow, mind fetching me another glass of champagne?”), so that was no good.

Since my date was going as a very fetching Queen Rania of Jordan (definitely Middle Eastern glam), I thought perhaps I could go as her secret service detail. Which would mean wearing a very nice black suit, sunglasses, and an ear-piece. Sort of the non-costume costume. I don’t know if it worked, exactly, but I sure felt more comfortable in my suit than I would have an Ali Baba outfit. And anyway, nobody was looking at me; they were all staring at the Queen of Jordan, as they should have.