You are currently browsing the archive for the Sardinia category.

Sardinia: The murals of Orgosolo 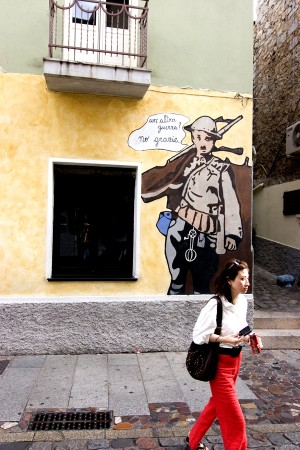 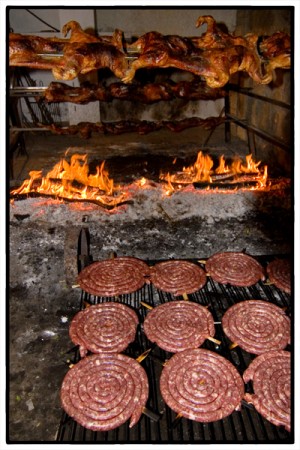 Sardinia: Sparrows on a spit 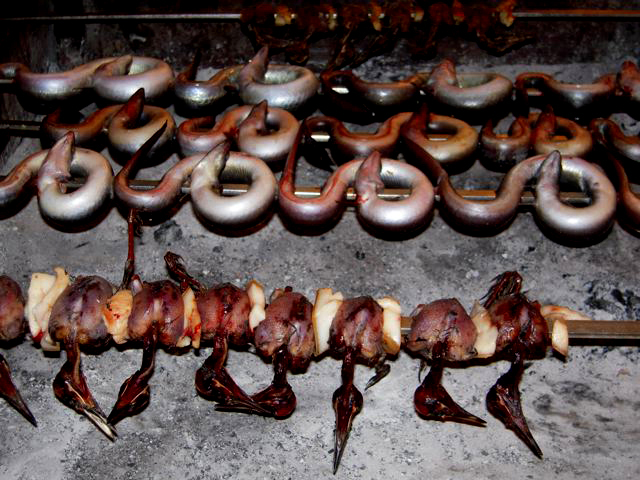 The things in the back that look like intestines are actually grilled eels. In the front are sparrows on a spit. Photo by David Lansing.

Several people wrote me after I blogged about the Santa Greca Festival in Sardinia yesterday and said, “You’re such a lier! They don’t eat eel shish kababs and stuffed sheep and horsemeat!”

Well, that’s not exactly what they said, but pretty close. Actually, it was worse. But they do eat that stuff in Sardinia. And probably a lost of other places as well. (In fact, I just read this week that some guy in New Mexico just got approval to open a horse slaughtering house so he can sell horsemeat steaks. Yum, yum!)

But that’s not even the worst of it. I didn’t want to gross people out so I didn’t tell you the worst thing they were selling at the festival: sparrows on a stick. They catch the birds by putting up giant nets near orchards so that the birds (which are migrating—or at least, trying to) fly into them and get trapped (yes, it’s illegal). Then they drop them in boiling water, pluck off the feathers (but leave the heads, tails, and feet on), and then roast them on a spit with apple slices (for flavor).

You eat the whole thing (except the head). And they don’t take the guts out. And guess what? They taste like chicken. 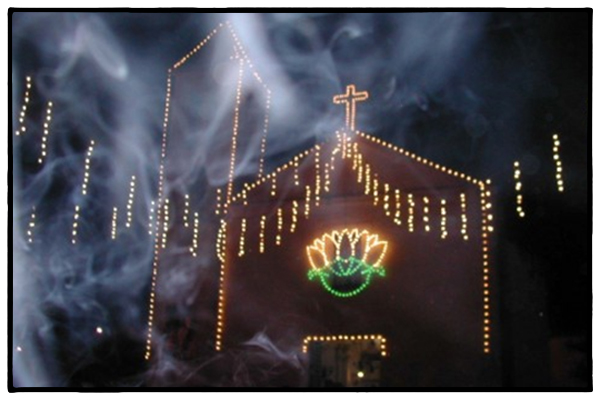 Flamingos, like buffalos, intrigue me. They just seem so prehistoric. So obsolete. So ridiculous. You look at their spindly legs and long necks leading to tiny, tiny little heads, which they like to stick under the water for long periods of time, and you just have to think, How did you guys ever survive?

They survived, I suppose, because they have no real predators. Fortunately for them, they like to live places no one else can stand. Like salty, mosquito-infested lagoons. 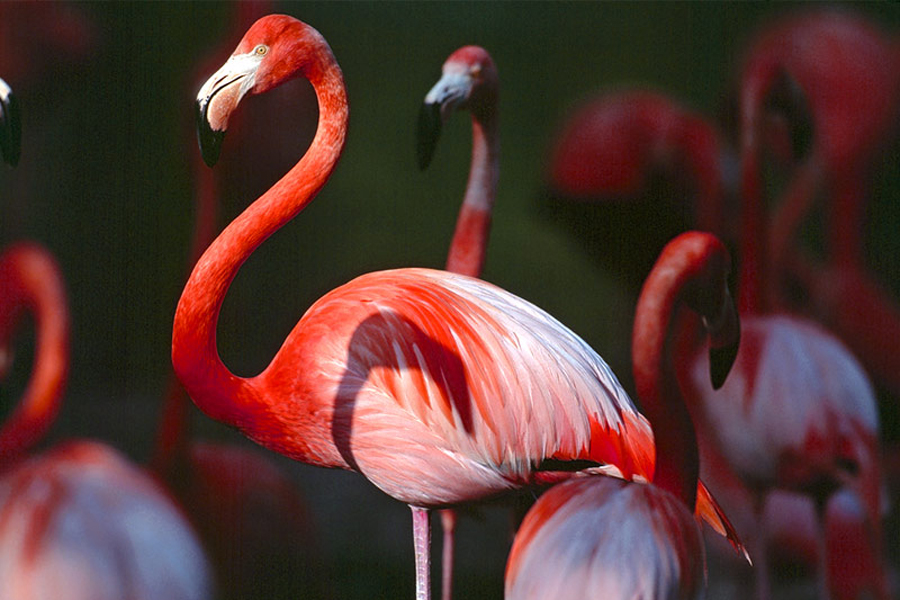 Driving along the Golfo di Cagliari in southern Sardinia, I was amazed by the massive colonies of flamingos. I mean, they are everywhere. They say that as many as 40,000 of the pinkish-orange birds live in the Molentargius and Santa Gilla marshes. And they’re kind of cool to watch. Particularly when they’re performing this weird mass courtship ritual where hundreds of tightly packed birds move in a coordinated walk, sort of like a marching band, across the mud flat, suddenly switching direction, without warning, and marching off in a different direction. Did somebody blow a whistle? I mean, give these birds some drums and bugles and they’d probably kick ass on Stanford’s marching band.

The flamingos on Sardinia used to migrate down to Africa but around 1992 they decided to stay home. Now they winter here instead of in Morocco or Tanzania. Ask an Italian naturalist why that is and they’ll shrug and tell you they have no idea. I have my own theory. I think they just got tired of the commute.

The Sardinians call these birds gente rossa—the red people. Because when they fly in large flocks over the rooftops, they call to each other in a loud voice which they say sounds like people in the marketplace.

I’m surprised Disney hasn’t made an animated movie with a flamingo lead. It seems a natural. For one thing, they have a lot of human traits. Like flamingos are monogamous (I suppose a few stray and, with those pink feathers, god knows there has to be a healthy contingent of gay flamingos doing their own thing). They often stay together for 20 or 30 years. And both the male and the female are responsible for raising their chicks. They build the nest together and then both incubate the egg. After it hatches, they both feed it, regurgitating a creamy pink liquid called crop-milk. And then they work their butts off for the next 18 years trying to gather up enough brine shrimp to put it through college. Okay, I made that last part up. But the rest of it’s true.