More sheep than people in Ireland 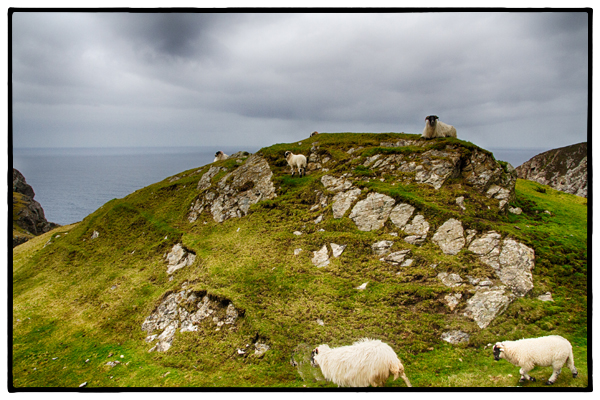 Scottish Blackface sheep in the cliffs of Donegal. Photos by David Lansing.

It’s a joke as we’re driving around Ireland: Someone leans back, closes their eyes, and says, “Wake me if you see any sheep.”

It’s impossible to go five minutes without coming across a flock of sheep almost anywhere you go. There are sheep on the hills and in pastures and often on the road. In fact, there are something like 4.7 million sheep in Ireland. Compared to 4.6 million people. In other words, more than a sheep per person (by the way, there are 34.5 million Americans of Irish heritage, which means there are 7 times more Irish-Americans than the population of Ireland itself).

The British and Scottish landlords brought the sheep over as a way to make up for lost revenue during the famine. What they’d do is either force their starving Irish tenants to move or be evicted from their large tracts of lands so that they could graze their sheep.

Not everyone took this lying down, of course. In December 1856, around forty Irish tenant farmers in the Donegal area raided the house of a Scottish shepherd and ordered him to leave the country. Raids followed. Sheep were killed (or went missing, probably in some farmer’s pot). This was known as the Gweedore Sheep War after the area in Donegal where it took place. Of course, in the end, the Irish lost. By the following summer, numerous arrests had been made, new taxes put in place, the police presence expanded. By summer 1858 the Gweedore Sheep War was effectively over. The Irish farmers had been booted out; the sheep remained. 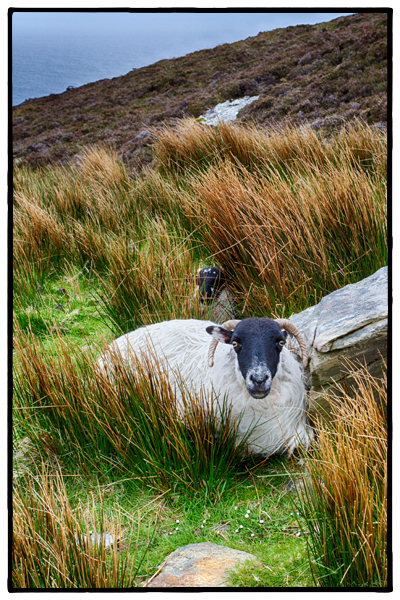