The death of Ernest Hemingway 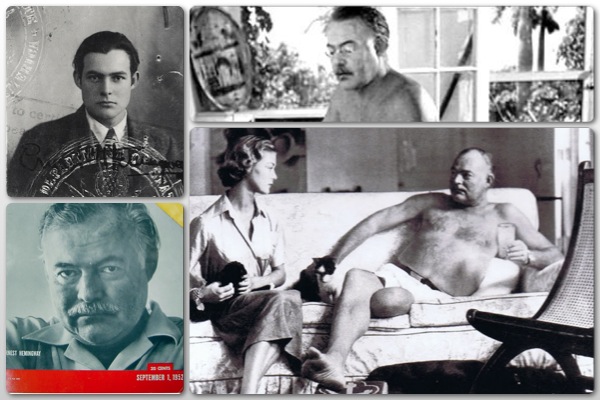 The obituary of Ernest Hemingway that ran on July 3, 1961, noted that “The body of the bearded, barrel-chested writer, clad in a robe and pajamas, was found by his wife in the foyer of their modern concrete house” in Ketchum, Idaho the previous morning. “A double-barreled, 12-guage shotgun lay beside him with one chamber discharged. Mrs. Hemingway, the author’s fourth wife, whome he married in 1946, issued this statement:

“Mr. Hemingway accidentally killed himself while cleaning a gun this morning at 7:30 A.M. No time has been set for the funeral services, which will be private.”

I rather think that Hemingway would have appreciated the Times clean copy, the lack of adjectives, the simple sentences: “A double-barreled, 12-guage shotgun lay beside him with one chamber discharged.”

Of course, the facts were incorrect. Did the writer of his obituary already know this? That it was not an accident? In spite of what his wife, Mary, said.

He was ill. He was paranoid. And he was very depressed. So, like his father before him, he decided to end his own life. Using his favorite shotgun.

I was just a boy when he died. About all I remember is looking at a photo of his funeral in Ketchum that ran in LIFE magazine two or three weeks later. Perhaps because my grandfather had died a short time earlier and I was becoming aware of death and the ceremonies that accompany it. Or maybe for some reason I associated Hemingway with my grandfather. In any case, it made an impact on me. The death of an author whose first book I would not read for another five or six years. But when I did, it would change everything.

Fifty-two years later, I still think about him. I miss Hemingway. I think I’ve always missed him. 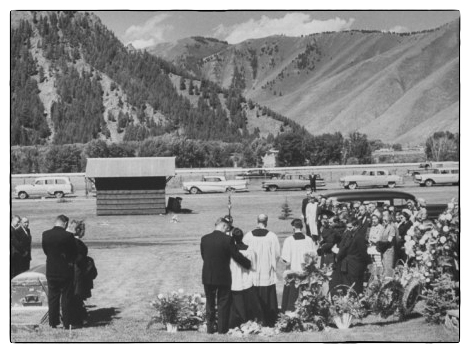 Welcome to the Hemingway Hotel. May I take your shotgun? 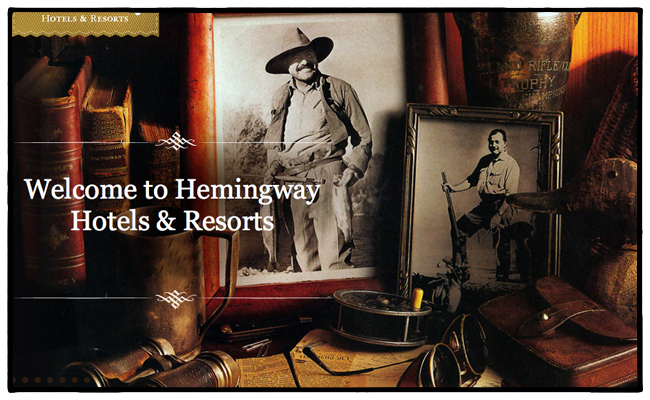 Wow. Really? So what does that mean? The bars never close? Fistfights in the lobby? Rooms overrun with dogs and cats?

Okay, I’m making fun. Actually, they can put me on the list right now of people who want to be there on the first night they open. Which brings up one other tiny little detail: There aren’t any Hemingway Hotels & Resorts. At least not at the moment. They’re still looking for them. And what will make a Hemingway Hotel?

First of all, they have to be in places that have a connection to Papa. Paris comes to mind, as does Venice, Nairobi, Key West, Madrid, Pamplona, and, of course, Cuba (how cool would it be if, once Fidel smokes his last cigar, the first Hemingway Hotel & Resort opened in Habana Vieja, ideally within puking distance of La Bodeguita del Medio?).

They will also have “a well-stocked, comfortably furnished library” where, we assume, you can pick up a copy of our greatest American novel, The Great Gatsby…er, uhm, I mean The Sun Also Rises.

And the restaurants at the hotels will serve “Hemingway’s favorite dishes from Paris, Spain, Italy, and elsewhere.”