Going Back in Time Through Ida Valley 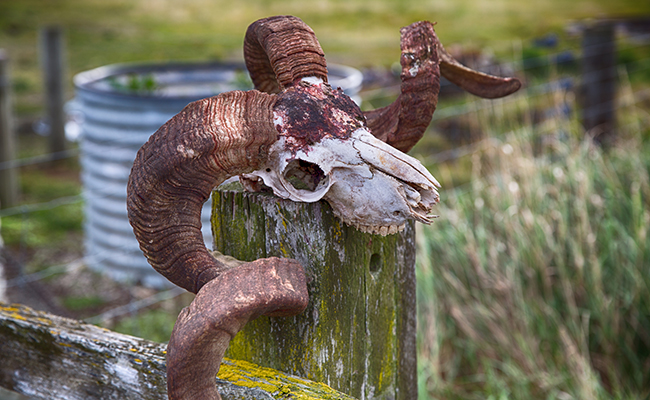 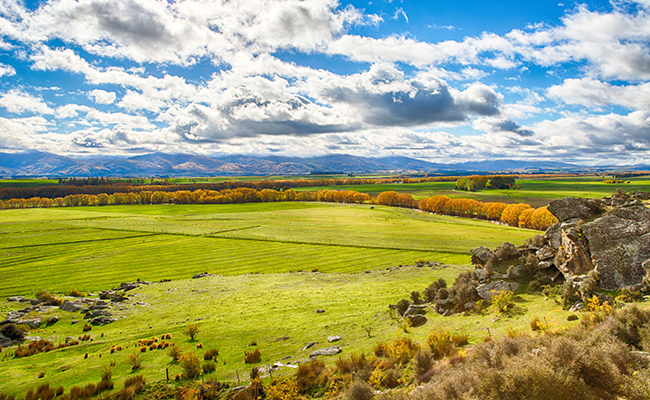 The Rough Ridge hills are the backdrop to our ride through Central Otago. Photo by David Lansing.

There’s six of us cycling. We travel mostly in pairs though truth be known, I prefer keeping my own company, which usually means I’m far behind the rest. Every half hour or so one or another of the riders—usually Justin—will circle back to make sure I’m okay. Which I am. Just not in a hurry.

It’s something seeing the countryside this way. The lime green pastures split by long rows of yellow and orange trees following the winding river and in the distance the bruised humps of the Rough Ridge, the oddly-named range of hills up ahead.

There are sheep and cows and every few miles a farm, and that’s about it. Never see or hear an airplane, seldom spot a car. Even other cyclists are few and far between. I might easily ride for half an hour or longer before seeing someone coming in the other direction. We nod at each other, no words spoken, as if both parties agree it would be an injustice to break this cold morning silence.

At one point I’ve stopped to take a picture of a ram’s skull on a fence post and Justin rides back to tell me that there’s a little town—Oturehua—nearby and we’re stopping there for coffee. Oturehua is typical of the townships around here. A hundred years ago there was a post and telegraph office, a general store, school, hotel, flour mill, and several taverns. Now only the general store and Oturehua Tavern remain, as well as the Ida Valley Kitchen, where we order our flat whites and long blacks and an assortment of baked goods—chewy muffins and sweet rolls and the like.

We take our time. We sip our flat whites and pick at our muffins and watch as a young boy, no more than 10 or 11, stacks bales of hay in the shed across the street. Time slows down in a town like Oturehua. Which is just fine.