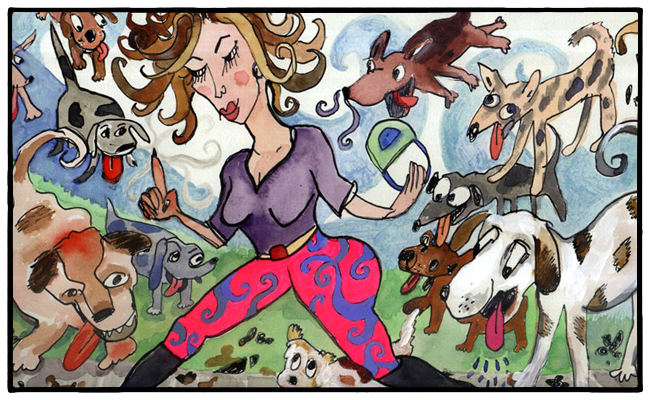 It is late afternoon and I am walking down Gran Via with Eva when a flashy twenty-something male, passing in the other direction, says something under his breath to which Eva hisses. Like a cat.

According to the dictionary of the Real Academia Española, piropos are “compliments with an amorous or sexual expressive tone, usually said by men to women. The setting is usually the street where the participants do not know each other and can remain anonymous.”

A high school Spanish textbook says piropos are “Flattery that causes a woman to blush; a loud compliment on a woman’s physical appearance.”

Okay, so what was the piropo used on Eva? “It was an old one. Something about me having so many curves and him having no brakes. But then he added a more modern twist on the end.”

No. And that’s the problem with piropos these days. What was once a subtle form of flattery has morphed into something crude and offensive. In the old days, a piropo was considered something of an art form. Think Shakespeare: “See how she leans her cheek upon her hand! O that I were a glove upon that hand, that I might touch that cheek!” That line, from Romeo and Juliet, is nothing more than an old fashioned piropo, and what woman would hiss at an admirer murmuring such a desire?

Two other old school piropos: “Where you go, flowers must spring up” and “If beauty were a sin, you’d never be forgiven.” Over the top and a little corny, yes, but certainly nothing that a woman would find offensive.

But compare that to this piropo suggested on an iPhone ap called Piropos de Obrero (yes, there’s an ap for that): Si fueras barco pirata te comería el tesoro que tienes entre las patas. Translation? If you were a pirate ship, I would eat the treasure between your legs.

Just what every woman walking down the street wants to hear.