How the Single Malt Curlers Came to Be 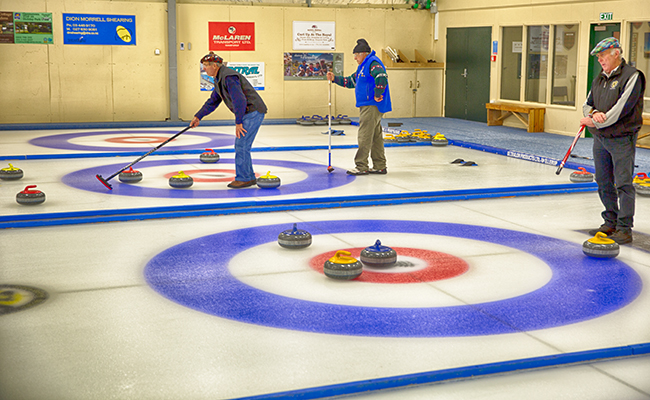 Some old school curlers at a rink in the middle of nowhere in New Zealand. Photo by David Lansing.

Some people have wondered what the story is behind the name of our band, The Single Malt Curlers. Well here it is: The lot of us were on our way to a sheep farm in Wedderburn when we passed a building called the Maniototo Curling Rink. Figured we’d stop and have a look. Place was like a bowling alley but with ice instead of wood. And damn cold.

On the ice were these groups of old men—well, mostly old men—wearing parkas and wool caps or Scottish tams. They were sweeping the ice and yelling at each other like hecklers at a Red Sox game. Couldn’t understand a word they were saying. I think it was Adriena who suggested we give it a go. Sweet as, bro.

So we put these rubber slippers over our shoes and a woman came out, Jo Herd was her name, and in about ten minutes taught us the game. I could repeat everything to you but I’m sure you don’t want to hear it so let’s just say that it’s pretty much like bocce on ice, if you’ve ever played  that, except instead of tossing a little round ball you slide a 20kg granite stone. That’s pretty much it.

So we each had a go at it and then we split up in to two teams of three each and played for awhile. The thing is, there’s not a lot of action in curling, is there? You tend to spend a lot of time just standing on the ice waiting for your turn. And, as I said, it’s cold in there.

I think it was Justin who turned to me and said, in a bit of a whisper so our instructor, Jo, wouldn’t hear, “This game would be a lot more fun if we were drinking whisky.”

He was right, of course. And the thing is, curling is a Scottish sport anyway. And I’m sure in Scotland you don’t play a curling match without taking a dram or two to ward off the cold and boredom.

So I started thinking about the whole thing and, knowing how popular bowling and drinking (together, not one or the other) is with the twentysomethings back home, I told Justin that I thought you could actually make a little money back in the states by opening a curling rink that also served a terrific selection of single malt whiskies.

“Exactly!” said Justin. “And you have the girls in the little tight skirts bringing trays of drinks out to the curlers.”

“Ohmygod, yes!” said Justin. “At someplace like the Hard Rock. Or Cosmopolitan. A curling rink that served fantastic whisky!”

“We’ll call it the Single Malt Curling Rink!” I said.

“I love it!” said Justin. “And as owners, we’ll be the Single Malt Curlers.”

And there you have it. That’s how we got the name for the band. And we’re still looking for investors for the Single Malt Curling Rink in Vegas. If you want in, let us know. It’ll be sweet as, I can assure you. 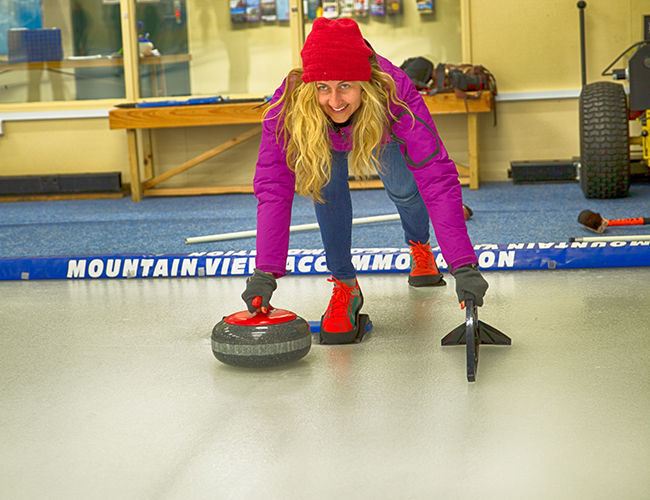