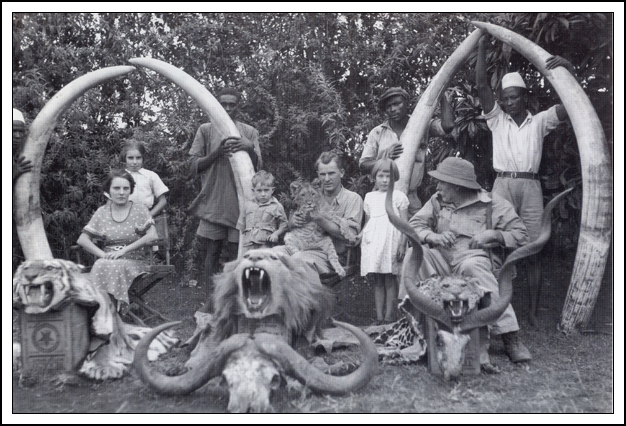 Three generations of Cottars. Charles, in the safari hat on the right, Mike (holding the lion) and his son Glen left of him.

While we’re flying over The Great Rift Valley towards Cottar’s 1920s Safari Camp, which is 6,200-feet up the Olentoroto Hills just outside Masai Mara National Reserve, let’s talk about the Cottar family. Our expedition leader, who I have only met through e-mail (or barua pepe, as they call it in Swahili), is Calvin Cottar. Calvin’s great-grandfather, Charles Cottar, inspired by Teddy Roosevelt’s epic year-long safari a century ago, first came to Kenya in 1909, returning in 1913 for a second safari before settling, with his family, for good in 1915 in what was then British East Africa on a big farm in the Ithanga Hills, midway between Nairobi and Mt. Kenya.

Charles Cottar, along with his sons, Mike and Bud, started up Cottar Safari Services Services for big game hunting in 1919. Charles was gored by a rhino and died in the bush, looking up at the stars (as he’d requested). Mike died of blackwater fever in Tanganyika in 1940. His son, Glen, damn near met his maker in 1965 when he was badly gored by a buffalo. Which leaves Calvin as the Cottar family scion. 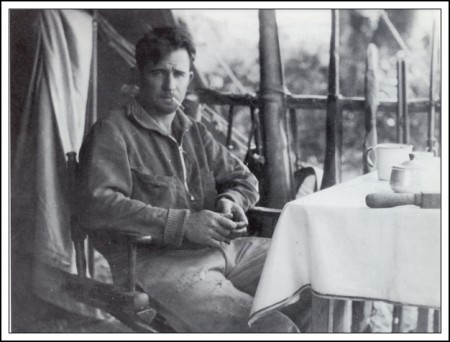 The tragically fated Bud Cottar who watched his father die in 1940 after being gored by a wounded rhino.

That’s the nickel version. Which only scratches the surface of the Cottar family story. I haven’t even talked about Calvin’s great-uncle Bud, for instance, who was with his father the day he was trashed by an injured rhino—a rhino that he had been sent into the bush to finish off but failed to find. Not only did Bud shoot the rhino as he tossed his father around like a rag doll, but he then had to convince a couple dozen porters, all scared to death, to help him lift it off his father’s crushed legs. And then watch his father slowly die, knowing there was nothing he could do for him.

Not too surprisingly, Bud developed a drinking problem after that and was never the same (as war was breaking out in Europe in 1940, he volunteered for service and eventually died back in the States of his injuries which were complicated both by alcoholism and a number of undiagnosed tropical diseases). 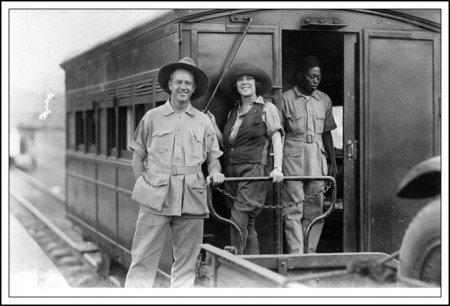 Martin and Osa Johnson on arrival in Kenya in 1921.

I tell you all this because both Calvin and his great-uncle Bud are central to the reason I have come to Kenya. In 1921, two American explorers, Martin and Osa Johnson, arrived in Nairobi hoping to photograph African wildlife for American audiences. The Johnsons knew absolutely nothing about either Africa or the wild game they were hoping to photograph. So they hired a twenty-year-old white hunter named Bud Cottar. Bud not only helped them organize their initial safaris into the Athi plains and Serengeti, but also drove their Ford truck, shot for meat, oversaw the porters, and stood behind Osa—just out of camera range—when a rhino or lion or elephant charged as Martin was filming, providing cover.

It was also Bud who organized and led their massive safari to a long-lost lake, far up in the Northern Frontier District near the Ethiopian border, that Osa named Lake Paradise. A lake seldom seen and almost never written about since. Which is where we are headed. Led by Bud’s great-newphew, Calvin Cottar.

That is why I’ve come to Kenya—to return to Lake Paradise with Calvin Cottar, following the same route as Martin and Osa Johnson when they were led by Calvin’s great-uncle Bud almost 90 years ago, and to search for remnants of the extensive village the Johnsons constructed and where they lived for  three-and-a-half years in the 1920s while documenting the wildlife there.

In short,we’re going off in search of paradise in Kenya. Lake Paradise.

And now Hamish has just set our Caravan down on the rocky Cottar Camp airstrip and there, sitting in a Land Rover beneath the shade of a brown olive tree, is Calvin Cottar.

Our adventure has begun.