The Nanda puppet show in Bagan 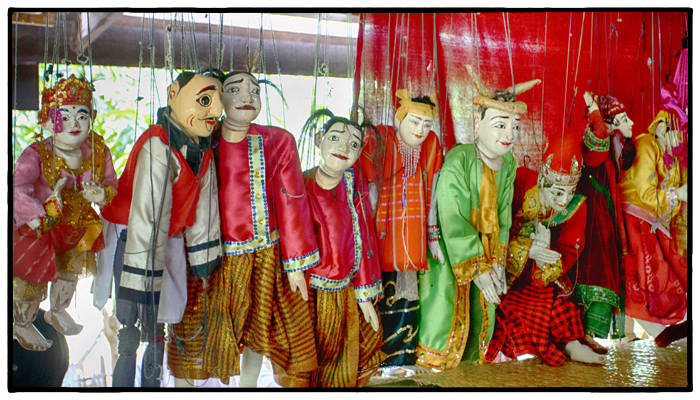 Puppets, above, and puppeteers, below, at the Nanda restaurant in Bagan, Burma. All photos by David Lansing. 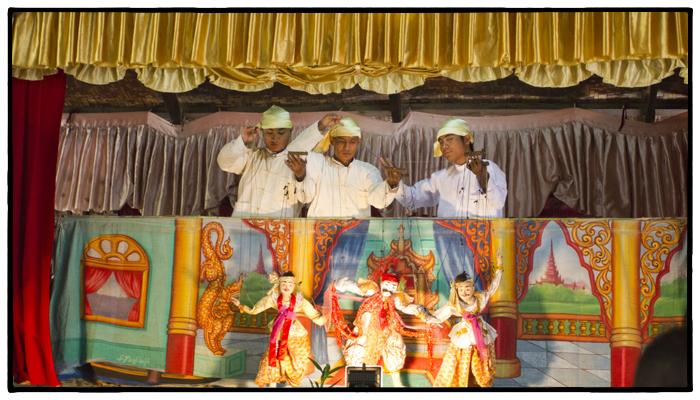 I later learned from Sai that he didn’t take me to the Nanda restaurant for the food which, as I’ve mentioned, wasn’t particularly good, but for the puppet show.

“You go to Bagan, you must see puppet show.”

I don’t know. I’m not much of a puppet guy. They’re not as bad as clowns but they’re pretty close. And these puppets, which were hanging from hooks next to the stage in front of the restaurant, were kind of creepy looking. Lots of sad faces. The female puppets, in particular, were all posed to look like they were just about to start crying.

So while we’re eating a group of musicians is playing discordant Burmese music with lots of banging and crashing noises interrupted by sorrowful tones from a small flute and then the puppets came out.

As best I could figure the story lines were all pretty much the same. There would be peasants and then a mean-looking puppet with a small sword and then a smiling regal-looking hero comes and slays the mean-looking puppet followed by much rejoicing. Only to begin all over again. In short, it seemed to be a play about the entire 2,000-year history of the country.

After about the second or third act, I got up and went outside. I sat on an old bamboo deck chair in front of the restaurant and watched as families in horse-and-buggies or on small scooters—toddler in front, dad steering, mom sitting side-saddle in the back holding a baby on her lap–cruised by. This, to me, was much more entertaining then the puppet show. 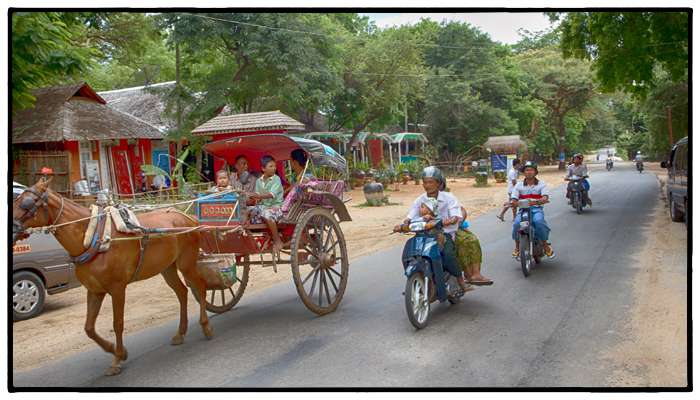 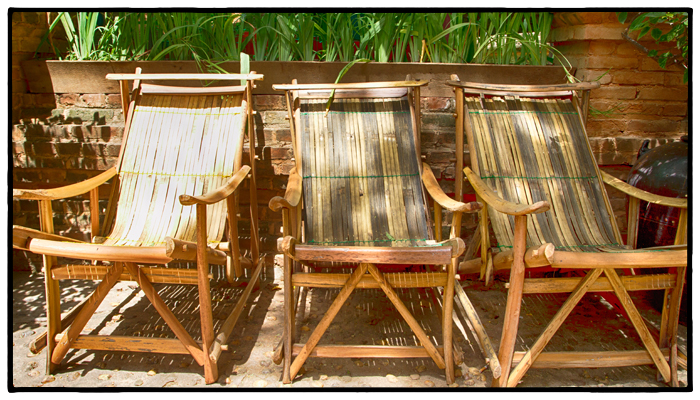