You are currently browsing the archive for the Monaco category.

Here’s the standard soirée stroll in Monte Carlo: You start with a cocktail and maybe a little steak tartare with matchstick fries at Le Café de Paris, amble up Princesse Grace to Moods for some live music, and end up at Jimmy’z as much for its decadence as for its dance music (okay, maybe more so for the decadence; as a young thing at Café de Paris told me, “There’s not room on the dance floor to do anything but the ‘dad’ dance, which is just as well since most of the guys there are middle-aged perma tanned men with anorexic chicks on their arms—oops! Sorry!”)

She was sorry because we were the middle-aged perma tanned dads she was dissing (although my perma tan isn’t in the same league as Hardy’s) and, unfortunately, we didn’t have any skinny babes on our arms. Still, her point was well taken. So we decided to skip Jimmy’z and spend the evening at Moods, sort of the Blue Note jazz club of Monte Carlo, a place where aficionados like Bill Wyman might stop in late in the evening to hook up with Louis Bertignac on “Hey Joe.”

They get some interesting bands here. Next month John Mayall and the Bluesbreakers will be there. That would be interesting to see. What we got was a hip 9-man French group, called La Tribu, fronted by vocalist Didier Bozzi, whose motto is “Always keeping the funk alive.” Imagine a white man’s P-Funk or Parliament and you’ve got it. We walked in just as Bozzi and the boyz were launching into a James Brown tribute (This is a man’s world/This is a man’s world/But it wouldn’t be nothin’ without a woman or a girl).

Bozzi wasn’t kidding. Up at the bar, which is a level above the main floor, there were only a couple of women. One was this androgynous French woman with short hair and a muscular body. Like Bozzi, she was keeping the funk alive, groovin’ like a tambourine-playing member of Sly and the Family Stone. When the band got into a Wilson Pickett number she couldn’t stand it anymore and grabbed a guy and pulled him onto the small dance space in front of the bar. They were pretty hot, the guy lifting her up by her waist, like a ballet dancer, and slowly sliding her down the front of his body in a very erotic move. Good stuff. But after a couple of numbers, the couple had had enough and they moved on. Probably to Jimmy’z. And when she left, the vibe at Moods left with her. As the godfather of soul said, it’s a man’s world—but it don’t mean nothin’ without a woman or a girl. 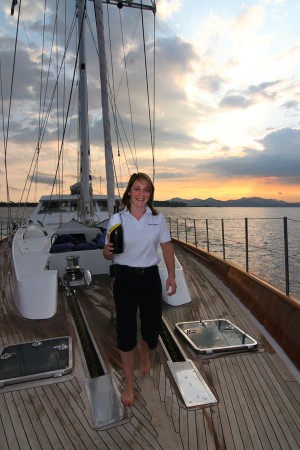