Modern nonsense at the Tate 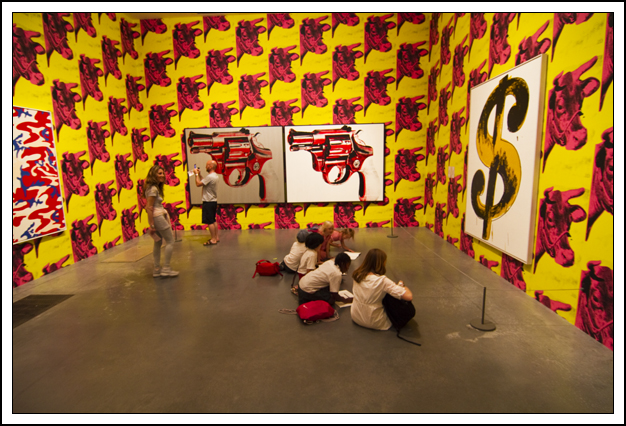 The Warhol gallery at the Tate Modern. Photos by David Lansing.

After stalling for a couple of days, I finally made it to the Tate Modern today. Every time I go, I swear it’s the last time. Because it always leaves me feeling depressed. I’ll look at something, like a pile of sticks with some red cloth draped over it or a framed printing that says I AM A MAN, and it not only seems pretentious to call it art but I get this impression of some nervous narcissist out there who is just totally full of themselves in a very unhealthy way. It’s like all the Baby Boomer kids who grew up being told that they were “special” and “gifted” and being given trophies for coming in last place in soccer because “everyone’s a winner” and now they’re making art—or what they think is art—and they want us to look at their very indulgent nonsense and say, “Oh, my, isn’t that wonderful.” 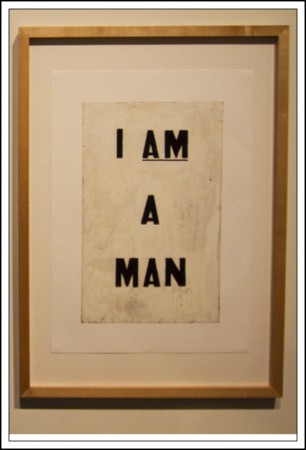 Except it’s not. It’s shit.

When Damien Hirst puts a tiger shark in 224 gallons of formaldehyde and someone buys it for $8 million, that doesn’t make him an artist or the dead shark a piece of art. It makes Mr. Hirst a very good salesman and it makes Charles Saatchi, who bought the first pickled shark, a fool. Until he sells it to some other fool for ten times the amount and then, okay, he’s an even better con man that Damien Hirst.

But then again, what the hell do I know. A lot of people felt the same thing about Andy Warhol when he was doing his soup cans and “Eight Elvises” back in the ‘60s. And I have to say, the only gallery at the Tate that made me smile and want to hang around for awhile was the room filled literally floor to ceiling with Warhols. To see a group of little British school kids sitting on the floor in front of a giant dollar sign drawing cow heads like the ones all around them? Priceless.

Will someone feel that way in forty years about a calf with 18-carat gold horns floating in a tank of formaldehyde? Hmmmmm…..