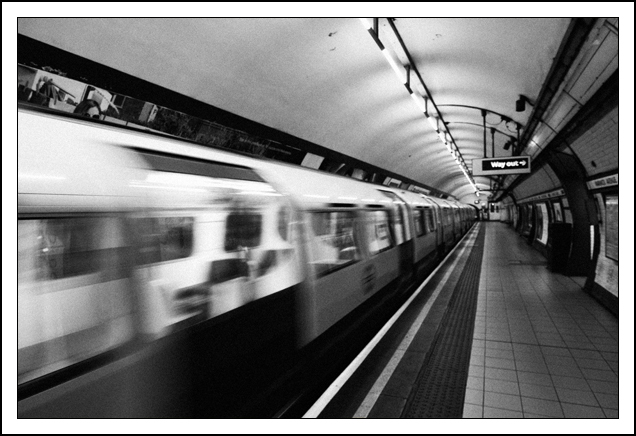 What does she mean, "Mind the gap"? Photo by David Lansing.

I never know what I think of London. Do I like it? Hmmm….Yeah, sure, it’s okay, I guess, although a whiff of sadness always hangs over the city for me. Those black taxis and “Mind the gap” announcements (is she talking to me? She must be talking to me. She knows) on the tube always take me back to my first visit here, ages ago, when I arrived as some sort of post-collegiate Huck Finn, running away from home and drifting along the Thames with no clue as to where I was headed.

Here’s the compressed story: After graduating from college, I broke off an engagement and decided I was not going to law school, as I’d originally planned. Instead, I sold off everything I owned, including a very nice ivory 1962 Porsche 356 Cabriolet (which, if in good condition, would easily go for $75,000 or more these days, though I think I got less than $3,000 for mine) and got on a charter flight for London with the intention of…well, I had no intentions.

I sat next to a very nice middle-aged German woman, named Krista, and, in answer to all of her questions—Why are you going to London? How long will you be there? Where are you staying—gave her the same reply: I don’t know.

I didn’t know. Like I said, I was just running away. Here’s something I remember: Because our charter flight had been delayed by almost 24 hours by mechanical problems, the flight attendants rolled out the beverage carts into the aisle and announced that it was an open bar. And since the cart was in the row where Krista and I were sitting, we had to do little more than reach over every time we wanted another gin and tonic. So we got slowly plastered.

“Does your mother know where you are?” Krista asked at one point, her maternal radar starting to kick in.

“Of course,” I lied. That fact is, no one knew where I was. Not a single soul.

By the time we landed in London, Krista had decided that I was to come stay with her, for at least a day, in her flat in Knightsbridge. Well, why not? As I said, I had no plan. Other than to eventually make my way to Paris where I would…what? God only knows.

So I stayed at Krista’s flat, sleeping in the basement with its slightly moldy smell, and I learned how to make espresso for her with a stovetop macchinetta and drove her in the afternoons to her clinic appointments for the breast cancer treatment she was undergoing (she would joke about whether she was more likely to die from cancer or my horrid driving) and spent most of my time in London just walking.

I don’t ever recall going to a restaurant or a play or even a museum. I just walked. And sat. To the Speaker’s Corner in Hyde Park to listen to the communists or to Trafalgar Square to watch the pigeons flit about the stoic lions. I did not go to Westminster Abbey or the Tower of London or even Buckingham Palace. Why not? Because those were tourist sites and I was not a tourist.

That was the question. I was, I guess, just a man walking about London.

I ended up staying at Krista’s for over a month. Until she was admitted to the hospital from which she never left. After which I moved on to Paris.

So. Do I like London? Why would I not?