Those who don’t need heroes 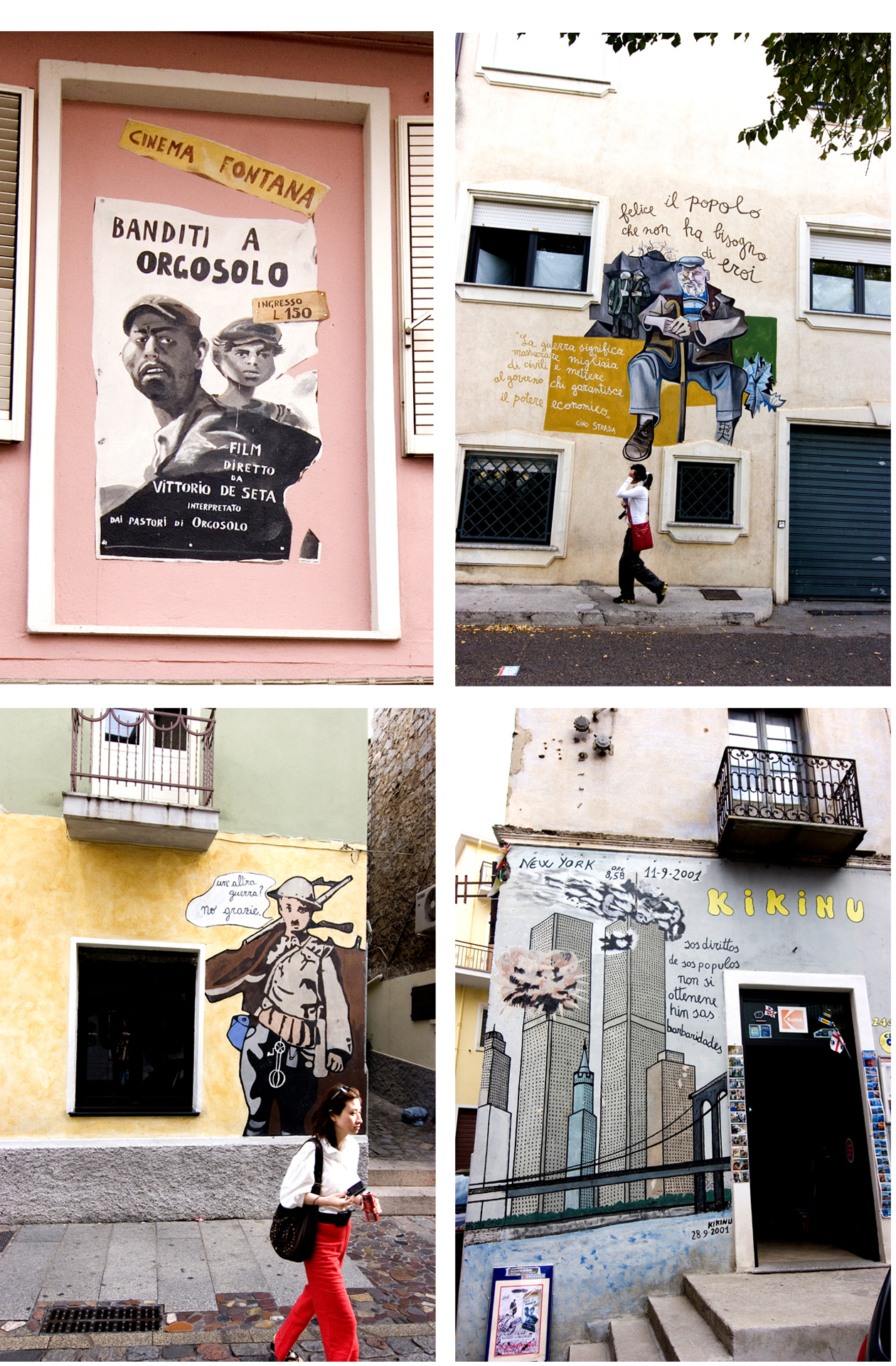 Not that this is Venice or anything. There are no tourist buses coming here, no Orgosolo Grand Resort hotels. As Paola and I walked from one end of town to the other, in about half an hour, we may have seen half a dozen other tourists at most. In fact, it was so slow in town that the guy running a little souvenir shop actually ran after us to give us a postcard of a mural commemorating 9/11. For free.

Most of the murals depict some sort of political message. For instance, one shows what looks like a soldier from WWII and the comicbook bubble next to his head says, “Another war? No, gracie.” Others are poetic, quoting Pablo Neruda, or philosophical—like my favorite, a painting of an old Barbagia shepherd, holding a cane, beneath the words “Happy are the people who don’t need heroes.”

I don’t know who those people are, but I like the thought.