How to live to be a hundred

We were winding our way along the Orientale Sarda Road, a torturous road through some very remote and rugged mountain valleys in eastern Sardinia, when I said something erudite like, “Who the hell lives here? It’s so isolated.”

“Strong people,” said Paola. “Very strong people.” In fact, she said, the people in these valleys are very fit and healthy and tend to live forever. Evidently National Geographic or somebody had done a story on the three or four places in the world with the highest rates of longevity and one of the spots they came up with was the village we were just entering, Villagrande Strisali.

“Everyone here is at least a hundred years old,” she said. Okay, probably she was exaggerating. But that sounded very cool. A mountain town full of old people. Like McCain Ville. So I asked her if she knew anyone here and she didn’t but our driver did. He made a couple of phone calls and next thing you know, we’re drinking Nieddera, the local black wine called vino nero, with Buttau Pascuale, who isn’t really an old guy since he’s only 95 (and he’s married to this young chick, Grazietta, who is 92). 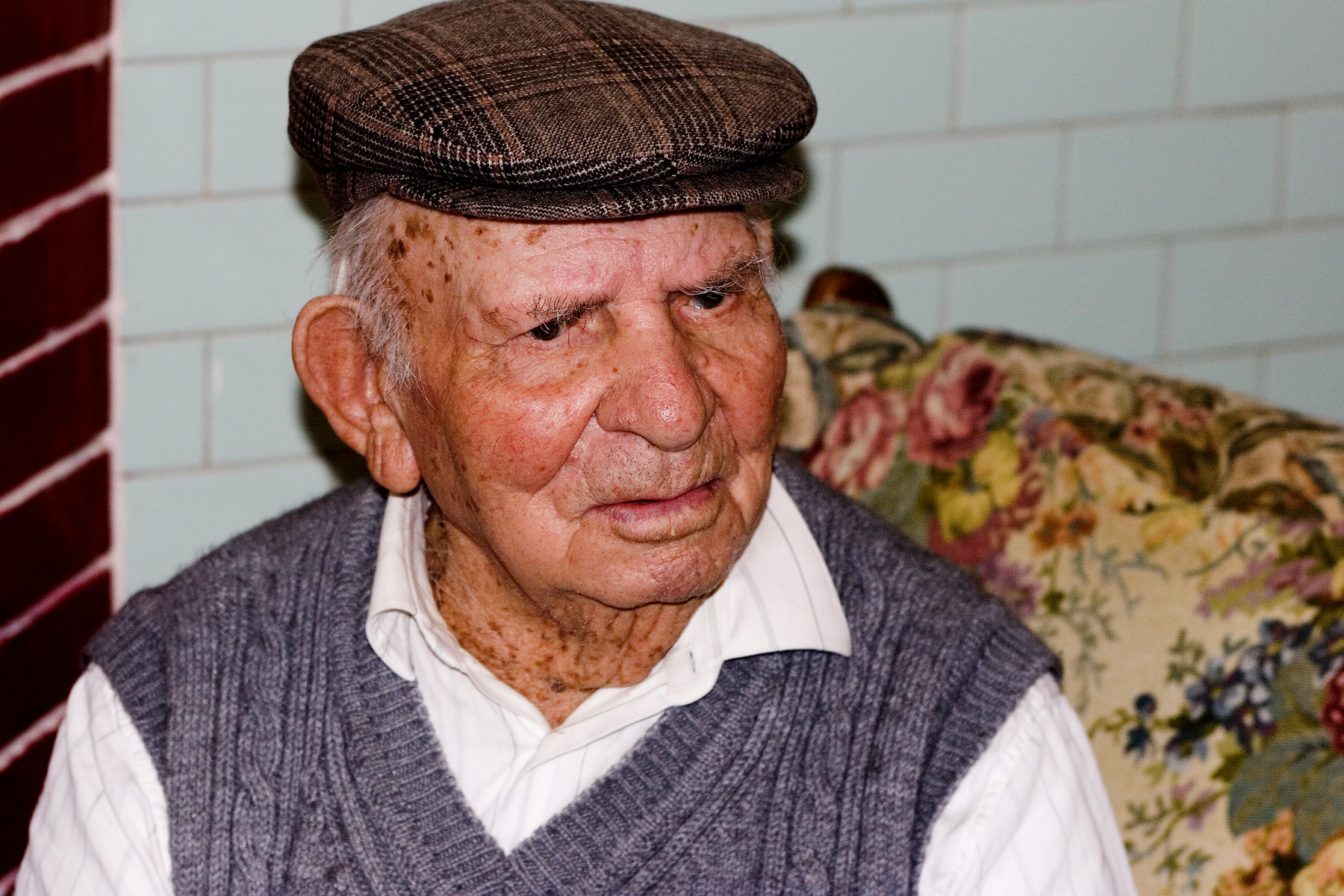 Buttau and I hit it off immediately. “I drink wine every day,” he said. “It’s what keeps me alive.”

Uhm, no, I said, I meant what did you used to do? When you were younger. Many things, he said. He was a soldier in Africa during WWII, and then he was a shepherd. Later he worked for the town council planting trees in the forest.

The secret to life, he said, was to laugh. “Don’t take life too seriously.” And it helps, he said, if you live in the mountains in the countryside and walk everywhere. “Walking is healthy.”

I asked him if there was anything he didn’t particularly like about being 95. Yes, he said. It made him angry that the town wouldn’t renew his driver’s license anymore. “When I turned 92, they said, no more driving. I don’t like it, but that’s life.”

And then he got up and walked into town to meet his buds and sit on a bench, ogling the young women.