You are currently browsing the archive for the Sedona category.

The Awakening at the Enchantment Resort 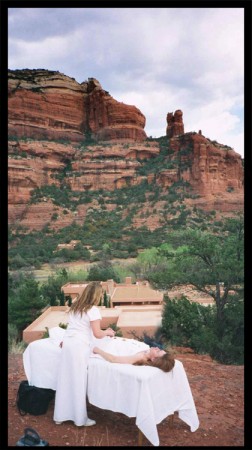 L’Dona performing The Awakening at the Enchantment Resort in Sedona. Photo by David Lansing.

I made it to the Hatch Chile Festival over Labor Day Weekend and I’m going to write about all that, I really am, but first I’ve just got to tell you one more Sedona story because…well, just listen.

My last morning at the Enchantment Resort in Sedona I had a spa treatment called The Awakening which was performed by a woman who called herself L’Dona. It was two hours long and began with me getting naked, except for a bathrobe, and sitting on the edge of L’Dona’s massage table which she’d set up in back of my casita facing the red rocks known as Kachina Woman.

Before we could start The Awakening, L’Dona said, I needed to answer three questions for her: Why am I here today? What has been my spiritual journey in the world so far? And, lastly, What do I want?

I answered her questions as best I could (just try and ask those questions of yourself and see what you come up with), and then L’Dona told me a little about herself: Her birth name was Donna Lynn; she was born in Bangor, Maine; her father was a charismatic Episcopal minister and her mother had constant nervous breakdowns as Donna-Lynn was growing up (she didn’t become L’Dona until she moved to Sedona).

After one of her mother’s nervous breakdowns, the family moved to the high desert in California, and when that didn’t work, on up to Anchorage where her mother tried to commit suicide by walking outside in the middle of the night when it was 22 degrees below zero.

She didn’t die but she did loose some toes, fingers, “stuff like that.” After that, the family moved to Carmel. Shortly thereafter, L’Dona got pregnant (she was barely 18) and left home.

She moved back to Anchorage where, between the ages of 18 and 25, she had three children. When she was 30, she left her husband and kids in Alaska and moved by herself to Monterey where she became an interior decorator. She remarried. She got Jungian therapy and believed that dreams were the best way to figure out life. During this time she had a dream in which a man who looked like Julio Iglesias (she calls this character her “inner groom”) stood in front of a table covered with sheets and told her she needed to do something else with her life. The setting of the dream was barren except for rocks. So she told her husband (she’d divorced husband number two and married husband number three) and they got in a car and drove around the Four Corners area.

They spent months in Utah and Colorado and New Mexico (she was sure it was going to be Santa Fe, but after living there in a camper for three weeks realized that it was not), and finally Arizona. She didn’t want it to be Arizona. After almost a month in Flagstaff, she was feeling despondent because nothing was fitting what Julio Iglesias, her “inner groom,” had told her. Her husband said, There’s this little road south of here, why don’t we take it?

So they drove towards Sedona and when she got to Oak Canyon, she started to cry. She made her husband let her out of the car. She sat by the red rocks and cried while he drove into town. The next day, she took the car and followed a road out of town that led to Boynton Canyon and the gates of the Enchantment Resort and went up there and said, “I need to be a massage therapist here.”

They hired her and she’s been a therapist at the resort ever since. During this time she developed The Awakening.

After our hour-long chat, I got naked and climbed up on the massage table. She had a little boom box and put on some chanting music. Then she anointed me with oils that had been made in Tibet, Machu Picchu, Mt. Shasta, and the Egyptian pyramids, which are all known sites for vortices. As she anointed me, she invoked a wide range of gods, saints, spirits, and others to bring me peace, to open my heart, to center my energies, and so forth.

After anointing me, she placed crystals down my body at all my chakra points beginning with my scrotum. As she placed each crystal on my body, she’d ask me to focus on it and to allow negative energy to flow out and to feel myself connected to the center of the earth and to allow all that positive energy to flow up and inside to me. She would put one hand on the crystal at the chakra point (which was interesting when it was my scrotum) and another on my forehead and chant in what sounded like some Native American language.

She kept putting crystals on me until she got to my head. She put a crystal on my forehead and a string of crystals across my closed eyes and then told me that I needed to feel the alignment of all my energy sources as they connected me to the earth and came up through my feet and along my spine and to my heart and to my head, pushing out all negative energy through the top. Then she went down to the bottom of the massage table and bowed her head at my feet, placing the palms of her hands on the soles of my feet, and chanted for a good five minutes.

That was the end of The Awakening.

Late that afternoon I checked out of my hotel and drove 465 miles through the dark desert night to Hatch, New Mexico. I couldn’t find a single good radio station on the drive. 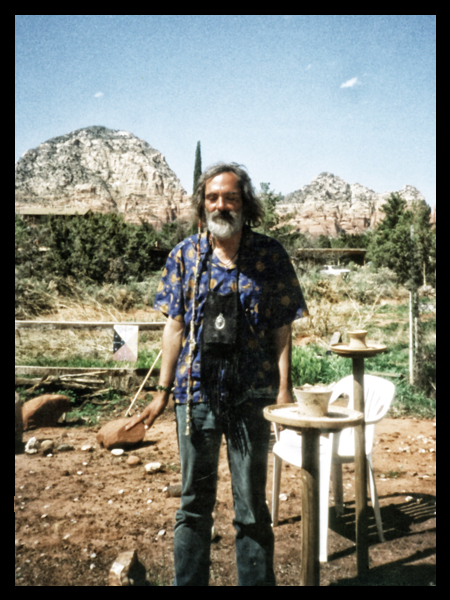 Tarot cards at the Center for the New Age 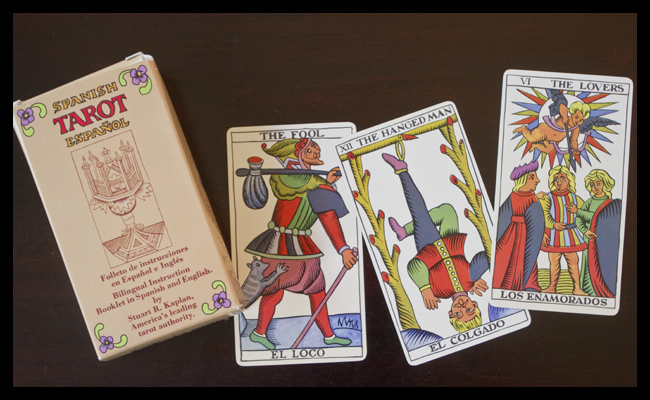 The vortex tour with John, the former Dairy Queen proprietor from Minnesota, ended up back at the Center for the New Age so I figured I might as well have a look around. This place is the Wal-Mart of New Age paraphernalia. If you wanted it, you could get sage bundles and sage wands, herbal incense, mystic minerals and healing stones like black coral (“Absorbs Negativity!”), or a copper table-top pyramid to be worn on your head when you weren’t near a vortex.

I ended up buying a Spanish tarot deck with El Loco (the Food), El Colgado (The Hanged Man), Los Enamorados (The Lovers), and the like. Now I just need to find someone to read them.

The Center for the New Age in Sedona. Photos by David Lansing.

It’s a straight arrow of a drive east from Palm Springs to Phoenix. About 270 miles of nothing but desert. From here I should have veered south towards Tucson but what’s a road trip without a detour or two so instead I headed north to Sedona, the New Age capital of the world. As I was passing through town I came across the Center for the New Age in the shopping village of Tlaquepaque. I thought I might buy some crystals to guide me or give me good luck on my trip but instead was seduced by a young woman with long red hair into taking a vortex Jeep tour.

My guide, unfortunately, wasn’t the young woman with long red hair. Instead I got a guy wearing a black felt cowboy hat with a rattlesnake skin around the crown and a clear crystal on a gold chain around his neck. His name was John and he told me as we headed off in our open-sided Jeep in search of a vortex that he had once owned a Dairy Queen in Minnesota. Then his wife died of cancer and now he was a vortex guide in Sedona. 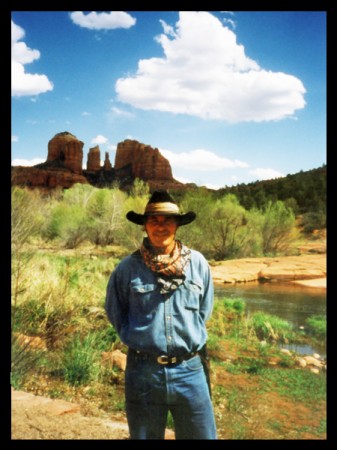 First John took took me to Cathedral Rock, which is the most popular vortex in Sedona. There was a naked man with very long gray hair sitting on one of the rocks meditating. We tried not to disturb him.

John says most of Cathedral Rock used to be under the ocean when the Gulf of Mexico covered the area. He pointed out a gray band about midway up the spires that he said was once the bottom of the ocean floor.

“You can go up there and find nautilus fossils,” he said.

I liked being out in the desert and thinking about it once being the bottom of the ocean.

From here we went to the Airport Plateau to experience another vortex and then to Bell Rock. Finally we went into the Boynton Canyon vortex that is known for its balanced male/female power, John said, and is protected by a red rock column called Kachina Woman.

Standing in front of Kachina Woman I concentrated as hard as I could on everything around me, hoping I’d feel some special energy but all I noticed was that my eyes were watery and red and I was so congested I could hardly breathe.

Taking a good hard look at me, John said, “That there is the power of the vortex.”

If so, the power of the vortex is a lot like hay fever.